“8 Stories That Have Not Changed the World” is an innovative and creative approach to the subject of Polish-Jewish relations, history and anti-Semitism. The project was initiated by a group of young Polish Jews, including Senior Fellow Jan Śpiewak.

Senior Fellow Janek Śiewak and his friends wanted to meet representatives of the oldest Jewish generation and talk with them about their youth and life before the Second World War, so as to get to know them as the people they were then, unburdened by the Shoah stigma.

The Fellows wanted to meet representatives of the oldest Jewish generation and  get to know them as the people they were before the Second World War, unburdened by the Shoah stigma.

To film these meetings and conversations, they set out on a journey across Poland. As a result, an unusual film came into being, which through touching but funny stories of its characters clearly shows how diverse and colorful prewar Poland was. Since its inception—that is, since 2010—the film has conquered the hearts of the general public, at the same time winning awards at home and abroad. It is also a valuable educational material for anti discrimination workshops.

Poland for All is a short film intended to communicate the positive changes in society as a whole and show the youngest Poles of different origins. 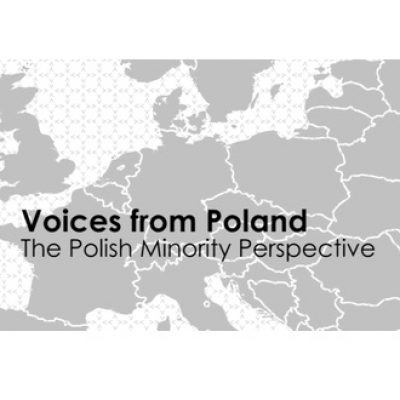 Voices from Poland was an oral history project aimed at collecting stories from ethnic minority groups in Poland.