Senior Fellow Tasneem Maner has always been a strong advocate of focusing on the importance of dialogue, humanity and personal stories when tackling large social issues. When the post-Trump election environment created racial violence at her undergraduate institution and a cloud of fear at her Islamic primary school, Tasneem realized such communication about issues was  important, now more than ever.

Tasneem was determined to create a connection between her two institutions, to bridge the gap between different worlds experiencing similar fears.

Tasneem attended two very different schools growing up. As a Muslim American, she went to a private Islamic institution in New Jersey, Noor-Ul-Iman School, from Pre-K until 12th grade. Then attended Villanova University, a majority white, Catholic College in Pennsylvania. While this University promotes dialogue on many social issues and has hosted several Black Lives Matter Protests, Tasneem felt there was much progress to be made on the dialogue surrounding religious minorities.

Comparison of the personal experiences of black discrimination and Islamophobic discrimination were used to create empathy and understanding between the two groups.

The Action Project involved a one-day dialogue workshop. Tasneem gathered a team of Villanova students who, along with herself,  had been trained by Villanova University to facilitate dialogue circles on race or have been integral activists in organizing the Black Lives Matter Protests on Villanova’s campus. The focus of the workshop was educating an all Muslim high-school senior class on the realities of, and humanity behind, institutionalized racism and protest movements. 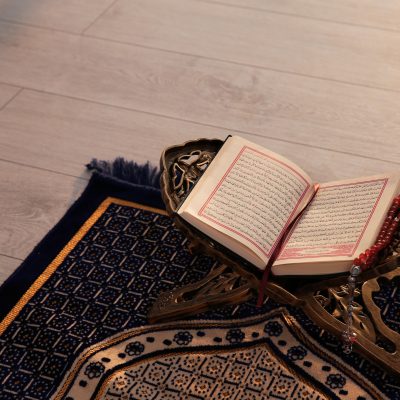