Herzegovina. Citizens were required to adhere to measures imposed by the authorities, and one of the most common instructions that could be heard was isolation from the outside environment. Accordingly, many opted for voluntary self-isolation, which for most was a first time to find themselves in such a situation.

Although this situation was not at all pleasant, for certain groups of the population, it was just routine. People with disabilities, the LGBTQI population, as well as other vulnerable groups are experiencing day-to-day self-isolation that is not imposed by law but is a product of social stigma. The phenomenon of permanent self-isolation is real and can be a consequence of the imposed social, infrastructural, or institutional context.

We will use self-isolation as a motive to raise awareness of the existence of a permanent state of social, mental, and/or physical isolation.

These are people who have been illegally left on the margins of society and are often the subjects of prejudice, stigmatization, and unfavorable treatment. The situation that humanity faced at the end of 2019 and the beginning of 2020 encouraged EDVACAY fellows Emir Velić, Hana Sarajlić, and Vanna Ćurin to think about these groups and raise awareness of their life circumstances. Fellows made a film in which, through the context of self-isolation, they represented how the problem that the average person faces due to the pandemic is in fact minor compared to that of stigmatized groups.

Our project represents the beginning of the path towards social inclusion and demarginalization of people who have physical, mental, sensory, and/or developmental difficulties or are labeled as different. 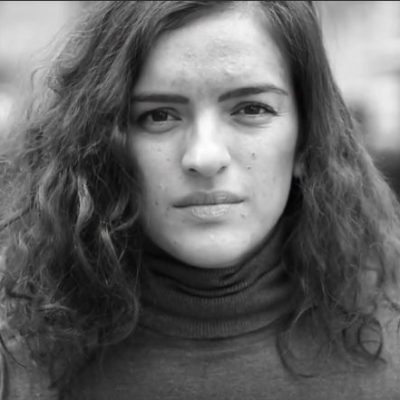