Over a year has passed since the presidential elections took place in Belarus. As a result of mass protest and extremely violent repressions, many Belarusians fled the country. Many of them moved to Poland. As a result, the social landscape of many cities (Gdansk included) has changed significantly. Even though Polish society generally declares compassion and support towards Belarusians, little has been done to help them in a structural way.

My goal is to bring different people together in order to learn from one another and try truly to understand different perspectives.

Landecker Democracy Fellow Kacper has been involved in various initiatives supporting Belarus for around a decade. Last year, after the elections in Belarus and subsequent protests, he saw grassroots initiatives in support of Belarusians ramp up. Local citizens, local authorities, and local Belarusian communities came together to support those fleeing Belarus, offering solutions and safety nets for many who escaped Belarus for Poland. Still, on year later, there are more and longer-term challenges that remain.

Kacper seeks to create a structured, well-planned, coherent program based on support to new residents of Gdansk who resettled in the city after fleeing unsafe home countries. His project would focus on Belarusians moving to Gdansk since August 2020.Kacper seeks to involve local community members, which would allow for Belarusians’ integration within local community as well as strengthened Belarusian-Polish relations.

The program would be intended to operate throughout 2022, consisting of various activities that address the needs of the target group. Involvement in such projects in the past gave Kacper a certain perspective as to what communities in Gdansk determine as both wants and needs.

Thanks to its broad scope of activities and response to specific regional events, the project could reach hundreds of direct beneficiaries. Since it emphasizes people-to-people contact, it could reach even more indirect beneficiaries. In a best-case scenario, the overall impact on the city would result in a positive example of intercultural relations and raised awareness on the issue. 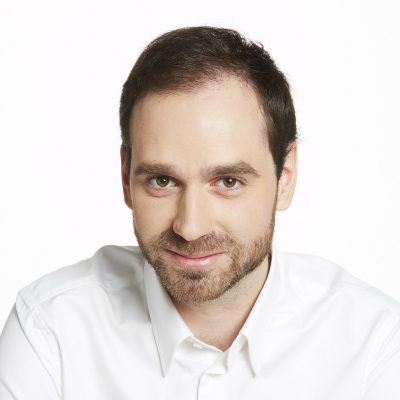 Landecker Democracy Fellow Ignacy Niemczycki is an expert in communication and European affairs. He is a former civil servant who worked on the European Union budget and is a journalist dealing with European Union affairs. He would like to work on an education and communication campaign to build media literacy competencies among the most vulnerable groups, which include younger and older citizens from smaller communities.