The Feeling of Gurbet

European Turks are often lambasted for their strong ties to their ancestral homeland – up to national parliaments. Often their perceived ‘double loyalties’ are questioned, which contributes to a climate of hostility and denies them a belonging.

“Over the course of the project, we became friends with one of the interviewees who lives truly with one foot in France and the other in Turkey – haunted by questions of being home and even racism, she nevertheless manages to look at the positive side. “I feel like I now have not one but two motherlands”, she says in our podcast, “and I think that is a wealth.” – Loïc & Marilou (2019 Amsterdam Fellowship).

Loïc Michels & Marilou Niedda (2019 Amsterdam Fellowship) joined forces for their Action Project. They asked European Turks about the nostalgia that is known as gurbet. The feeling of gurbet is specific to the Turkish language, and means the state or feeling of being a stranger and/or longing for one’s homeland. Loïc & Marilou used the idea of gurbet as a way to deal with many topics related to Turkish immigration, while questioning institutional racism and the apparent duplicity of identity.

They decided to create a podcast because it allows people to speak freely about their own experiences. The focus lied on Turkish immigration in Lyon, Germany and southern France. In the podcast, European Turks explain the reasons for their attachments and what gurbet exactly entails. Loïc & Marilou found that the feeling of gurbet can be understood as the ‘fantasied homeland’, or the uprooting for the home country by the family. Gurbet can also be felt in Turkey itself, when people have to move between countryside and cities for economic reasons. And finally, from the point of view of a musician, gurbet can be the connection between the musician and a crowd full of people with Turkish origins while singing traditional songs.

In the podcast, the interviewees discuss how Turkish values and language are transmissioned onto the children of migrant families. They explain how they navigate between two nationalities or identities, and what the importance is of valuing your homeland, while also feeling connected to the country of residence.

A total of four people were interviewed in the podcast. Two males and two females, from different ages and different generation migrant families. The podcast was created with the help of The Hague Peace Projects and the debating space New Metropolis New West. It was presented at Pakhuis de Zwijger on October 6, 2020 as part of the ‘Toerkoes in Nieuw-West’ series. Marilou also wants to create a French version of the podcast and an online event in France. 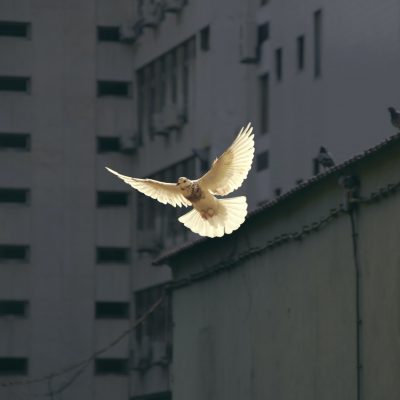 Senior Fellow Lily Faust is working on building nonprofit engagement to generate new perspectives on the Israeli-Palestinian conflict through sharing stories of peace and hope.