The Shades of Literature Book Club

After participating in the 2019 Humanity in Action John Lewis Fellowship, Brandon Brown, a student at Florida State University, compiled a reading list from his experience. At first, he simply wanted to complete the reading list after the Fellowship, but after reflecting on the lack of welcoming spaces that allow graduate students of color to engage in dialogue about racism, discrimination, and social justice, he decided to use this as a springboard for an Action Project.

Through his Action Project, Brandon created an opportunity for his graduate peers to forge solidarity and learn from each other through an inclusive book club experience.

Though there are many opportunities for undergraduate students of color to build community on his campus, graduate students are often less engaged. Through his Action Project, Brandon created an opportunity for his graduate peers to forge solidarity and learn from each other through an inclusive book club experience. Brandon decided to name the project “Shades of Literature Book Club” to reference the book topics and the club’s racial/ethnic diversity. From there, he created a book club flyer using Canva and promoted it through personal texts, GroupMe, and social media. Once Brandon gathered enough interest, he organized a voting system that allowed for participants to select the readings for each month. Brandon then created an agenda for each meeting to assure that major topics were covered and each voice was heard. He collected small donations from each participant that were used to create a “snack fund,” and met in his living room to reduce expenses.

The Shades of Literature Book Club met twice a month for three months to discuss key takeaways from the readings, societal implications, and the significance to current social justice movements.

This project challenged book club participants to read one humanity-based book a month. The Shades of Literature Book Club met twice a month for three months to discuss key takeaways from the readings, societal implications, and the significance to current social justice movements. The three readings that the participants chose from Brandon’s list were: Just Mercy by Bryan Stevenson, Invisible Man by Ralph Ellison, and White Fragility by Robin DiAngelo.

Keeping everyone’s work and school obligations in mind, Brandon attempted to keep the weekly reading requirements reasonable, focusing on the quality of the discussions rather than the quantity of books. Participants took away a better understanding of the readings as well as the perspectives of other group members. For example, in the discussions regarding “The Invisible Man” by Ralph Ellison, the group parsed through the overarching themes of each chapter and examined how some themes drew parallels to many of their real life experiences.

The book club provided college students with a safe space where they could converse amongst each other about topics revolving around social justice and race relations. Doing so in the context of novels allowed students to check off many of their personal reading goals, while also engaging in discussions to better understand other perspectives on the reading.

When the group members feel comfortable around each other, you create a safe space for deeper discussions.

For anyone interested in starting a similar group, Brandon recommends starting early in the semester to maximize your time together before students need to focus on final exams. He also encourages you to think of ways to make group meetings fun and engaging. For example, he provided light refreshments for participants during meetings and often started the conversations with fun icebreaker activities. When the group members feel comfortable around each other, you create a safe space for deeper discussions.

You can listen to their discussion of The Invisible Man below.

Senior Fellow Akilah Silke Güc created a new gathering place for her community to learn, explore, and heal together while meeting up to read books on blankets next to the river. 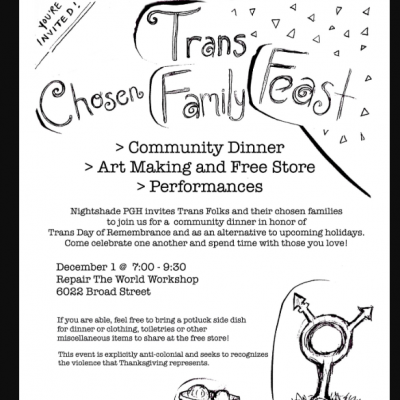 Elias Lowe planned and executed an anti-colonial community dinner for trans people and allies as an alternative to Thanksgiving. 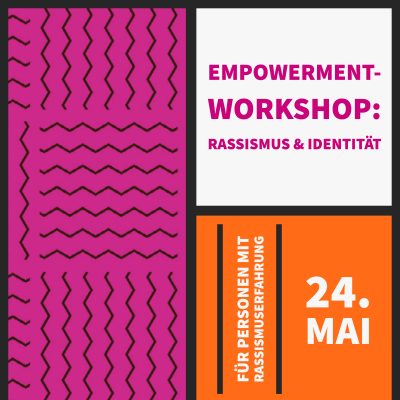 Hybrid-Identities was a racism & identity workshop created for the empowerment of PoC teens in Germany.