Holocaust education in Denmark often focuses on the extraordinary story of the country’s rescue of its Jewish population; through the coordinated efforts of the Danish resistance movement and ordinary citizens, the majority of Danish Jews were transported to safety in Sweden. Despite this massive success, hundreds of Danish Jews were still sent to Theresienstadt, a concentration camp in modern day Czech Republic.

Solvej wanted to ensure that Danish students would not lose the opportunity to learn about the role Theresienstadt played in Denmark’s World War II history.

Having spent several years developing workshops and educational materials to teach Danish students about the Holocaust, Senior Fellow Solvej Berlau concluded that incorporating survivor testimonies into Holocaust education is very important. Her students learned a great deal from hearing these first-hand accounts, as they were able to identify with those who had lived through the atrocities. The Holocaust education community knows that as the number of Holocaust survivors still alive to share their stories dwindles, the need to preserve their eyewitness accounts intensifies.

Since no one had previously told the story of Theresienstadt through film, Solvej believed that such a production was an educational necessity for Danish students.

As part of her work at the Danish Institute for International Studies, she decided to create a documentary film about Theresienstadt by telling the stories of six Jewish children who were transported from Denmark to the concentration camp. She worked with a small team to make the film in Danish, and then had it translated into English. The film is available online, in both English and Danish, and you can request a DVD by contacting Solvej.

Soon after it was completed, “Theresienstadt – Danish Children in Nazi Captivity” aired on Danish national TV. Solvej and her team then sent the film to hundreds of schools, and the response from teachers and students has been very positive.

Solvej plans on working with her colleagues to produce a Hebrew version of the documentary.

In addition to producing the film, Solvej and her team wanted to develop an online educational platform on the topic. They created an interactive website that not only hosts the documentary, but also provides background information, articles, historical resources and a list of museums and educational websites.

For Solvej, the main challenge in producing this documentary was to combine the need for historical accuracy with the creative direction of the film. She encourages other documentary filmmakers to spend a great deal of time thinking about this balance and discussing it with others. It can be difficult to maintain the balance between telling someone’s personal story and telling the overall history as it is perceived today, but it can be done.

The Anne Frank Project Posznań, created by Senior Fellows Sudip Bhandari and Łukasz Niparko, is a intensive educational program for young people to learn about Jewish history in Poland, tolerance, and how to react when encountering Antisemitism. 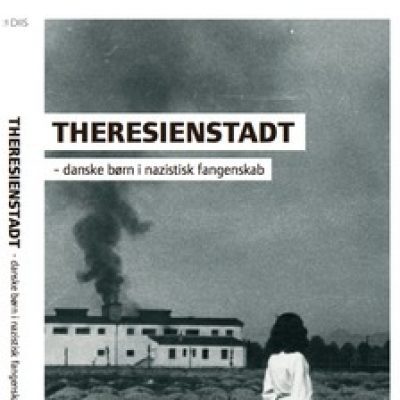 Senior Fellow Solvej Berlau decided to create a documentary film about Danish Holocuast survivors the by telling the stories of six Jewish children who were transported from Denmark to the concentration camp of Theresienstadt.