“I am not here to inspire” states Katarzyna Bierzanowska as she concludes her presentation on disability advocacy and larger issues implicated by intersectionality. In addition to being a translator, social activist, and educator, Katarzyna is the founder of Pełnoprawna, an initiative which advocates for equal treatment for people with disabilities. Rather than inspiring the public with stories of overcoming hardships, Pełnoprawna aims to counteract discrimination on the basis of disability and to truly impact the mentalities of audiences about the limitations faced by people with disabilities in our current society.

[Katarzyna Bierzanowska, founder of Pełnoprwana] argues that “states and societies, such as the Polish government and the Polish people, have the responsibility of creating and maintaining environments that are accessible to all as the default.”

Katarzyna speaks to our fellowship’s ongoing dialogue about and critiques of “defaultness” in our society, where people and governments operate under a default structure which privileges certain groups over others, usually lacking empathy for minority groups while doing so. Default social life has been constructed to benefit and convenience people without disabilities as opposed to benefiting everyone – including those living with disabilities – explains Katarzyna. She argues that states and societies, such as the Polish government and the Polish people, have the responsibility of creating and maintaining environments that are accessible to all as the default.

Katarzyna also speaks of viewing disability as one of many factors of identity for people with disabilities, and reminds us to be cognizant of the implications when disability intersects with other identities such as gender, race, class, sexuality, etc. With each unique intersection of identities comes social implications that are not adequately addressed by systems of support due to a lack of awareness and understanding. A person with physical disabilities who is also a woman for example, faces the negative impacts of inadequate care from gynecologists who often are not aware that women with disabilities also need gynecology treatments. Inaccurate public perceptions of women with disabilities being non-sexual further implicates this narrative that they do not need gynecology treatments. Hearing about this example of discrimination faced by people with disabilities, fellows were eager to ask Katarzyna about the ways in which they can be effective allies to people with disabilities. Her answer: research and educate yourself, be a part of the conversation, even if you are not currently a person with disabilities. She also reminds us about the importance of advocating for other oppressed groups as allies, as she shares her experiences of being an ally of the LGBTQIA+ community.

During our fellows’ discussion, we continued to discuss among ourselves ways in which we can be allies to different groups: what is appropriate and what is not when we take advocacy or action for a group that you are not a part of? Among my smaller group, we discussed how it is important for allies to join a conversation with empathy and understanding that they are not to become a representation for a community, but rather a resource which may be valuable in creating positive change. We agreed that we must be conscious of our privilege and the amount of space we take up within communities when we are allies and not actually a part of the communities. It is crucial to never assume the perspectives of a community, and to do your research and educate yourself if you are unsure about anything. Our group also spoke about the power dynamics which can be avoided with empathy when people who are privileged with more aspects of a default society approach minority communities as allies. Listening to and learning from the experiences of someone from within a minority community is valuable: ask a person with disabilities about what changes in society would allow them to exist like everyone else, ask experts like Katarzyna about what we can do to implement those changes. As we continue to learn and discuss during our fellowship, we must constantly remind ourselves to recognize the oppressive aspects of our current default society and advocate for the necessary changes. 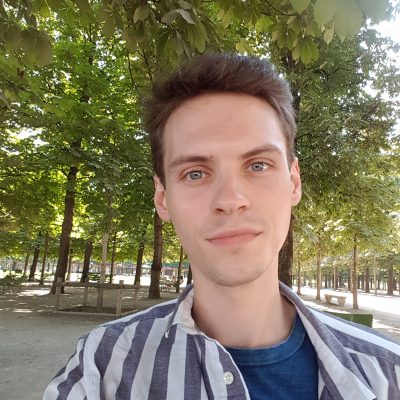 After hearing from Konstanty Gebert and Jan Sowa during his 2019 Warsaw Fellowship, Fellow Krzysztof Skwara reflects on what has led to the Law and Justice Party's success in Poland. 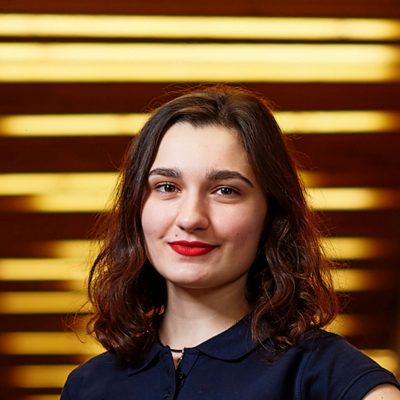 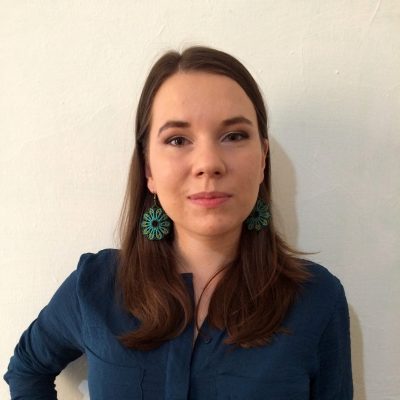 After hearing jarring words from successful marketer Marek Dorobisz, Fellow Natalia Grzankowska reflects on the need for activists to engage with wider audiences -- and take some risks in the process.