I am a proud Jewish American with family members who have attended the Tree of Life Synagogue for four generations. In the hours after the deadliest attack on the Jewish community in the history of the United States, I felt three things. First and foremost, immense heartbreak for the victims, for those who had lost loved ones, and for the new layer of fear of being openly, publicly Jewish. Second, overwhelming relief that my family members hadn’t been in synagogue that morning and that they were safe. And third, I felt tremendous conviction that it is more important than ever to be wholly, unapologetically Jewish, and that there was no more important way to be wholly Jewish than by being here, in this room.

For on the morning of the Pittsburgh shooting, I was in community with fifteen other Jews at an intensive facilitator training retreat with Resetting the Table, an organization dedicated to building communication across charged divides. Together, we were practicing and developing a facilitation methodology pioneered by Resetting the Table and rooted in the Jewish wisdom of machloket l’shem shamayim, meaning “argument for the sake of heaven.”

Heavenly argument is a foundation of Judaism. The Talmud, one of Judaism’s core religious texts, is largely structured as an anthology of arguments, with rabbis from different schools of thought disagreeing – sometimes vehemently – and hammering out the nitty gritty details of Jewish practice. Two major early rabbinic schools of thought in the Talmud – the School of Hillel and the School of Shammai – disagree on nearly every issue, and yet both of their arguments are included in the Talmud to this day. In Pirkei Avot, an authoritative Jewish ethical commentary, we are taught why that is:

As Rabbi Jonothan Sacks explains, Hillel and Shammai had profound, irreconcilable differences, yet they did not argue to win or to destroy the other side, but rather to discover the truth. Furthermore, both of their views are studied and taught together because, paradoxically, Hillel and Shammai’s conflicting beliefs are both considered by the sages to be the “words of the living God” (Babylonian Talmud Eruvin 13b). If both were correct, how do Jews decide which argument to believe? The Talmud has an answer to that as well:

The lesson here is that we should do more than tolerate opposing views; we should seek to study and understand them as well as we understand our own. In the face of murderers and terrorists who wish to extinguish people who are different from themselves, I feel immensely proud to be part of a tradition that not only tolerates differences, but actually lauds earnest, humble argument with our intellectual “others” as a mechanism through which divine truth is revealed.

“I realized that the reasons I disagree with an opponent’s positions are seldom the reasons my counterpart supports them.”

I believe this Jewish wisdom has a wider role to play in building a culture of resilience against bigotry and violence. Polarization is on the rise in the United States and around the world. As we become increasingly siloed, our interactions with our “others” – be they religious, political, racial, or otherwise – are becoming more and more charged. As researchers such as Peter Coleman have observed, the human brain behaves differently in charged interactions. Conflict produces a “fight or flight” reflex in which we are more likely to antagonize the other side or to avoid them altogether. We shout; we assume the worst of our adversaries; we seek out evidence that proves us right while ignoring that which doesn’t; we shut down and say nothing at all. We become the exact opposite of Hillel. When these patterns of conflict become entrenched in societies, it undermines democratic institutions and increases the likelihood that existing social fault lines will erupt into violence.

Next time an opposing view sends us into “fight or flight” mode, before we shout or draft that angry tweet, we should ask whether our opponent is really like Korach – intending to harm us for their own gain – or if they might just be like Shammai – an opponent who will be our partner towards building a better world, even if we disagree about what that world should look like and what our priorities ought to be. We will likely encounter both, and we must learn to tell the difference.

I am not saying that every opinion ought to be afforded a place at the table, or that heavenly argument is a direct response to violent actors. Arguments intended to hurt or manipulate others – such as intentionally spreading lies, prejudice, and misinformation – are not heavenly argument. In fact, the Talmud clearly condemns such behavior, saying, “Which is the controversy that is not for the sake of Heaven? That of Korach and his followers” (Mishna Avot 5:17). Like Korach and his followers, who sought to usurp Moses’s power for their own gain, those who seek to defeat their opponents and silence differences will be swallowed up by the earth (Num. 16:28–30); they will not see their arguments endure.

That said, seminal studies of inter-group relations have found that fostering communication and connection across rival “tribes” in sharply divided societies has a greater influence on preventing and containing violence than any other variable. In this way, the Jewish wisdom of sacred argument provides a powerful guidestar for how we ought to engage with our differences. We must seek out our “others” and together commit to exploring our differences in kindness and humility. Like Hillel, we should all study the views of the other side as well as our own. Next time an opposing view sends us into “fight or flight” mode, before we shout or draft that angry tweet, we should ask whether our opponent is really like Korach – intending to harm us for their own gain – or if they might just be like Shammai – an opponent who will be our partner towards building a better world, even if we disagree about what that world should look like and what our priorities ought to be. We will likely encounter both, and we must learn to tell the difference.

Thus, on the morning of the Pittsburgh shooting, after the initial shock and tears, a long hug from a worried rabbi, and frantic calls to my close family members, the sixteen of us continued with our facilitation retreat. If the Talmud tells us what we ought to do in the face of differences, Resetting the Table taught us how. At the retreat, I got a glimpse of what it was like to be in the School of Hillel. We drilled mediation and listening skills. We learned to demonstrate that we fully understand our conversation partners before speaking ourselves. I learned to capture the heart of my counterpart’s opinion so accurately that when I, like Hillel, capture her argument before I share my own, she sits back in her chair with a sigh of relief and says, “Yes, that’s it!” I realized that the reasons I disagree with an opponent’s positions are seldom the reasons my counterpart supports them.

And then, I learned to facilitate that experience for others – I practiced naming differences among disparate parties and fostering receptivity while they discuss issues that matter most to them. I learned how to welcome even more people into the House of Hillel, into argument for the sake of heaven.

In a moment of rising polarization, hatred, and antisemitic violence, it has never been more important to fearlessly engage our differences.

It can be easy, when faced with prejudice, to want to flee and hide who you are. But I believe that Judaism – like all traditions – holds pieces of deep wisdom that are irreplaceable, and that part of my purpose as a Jew is to uncover them and help let that light out into the rest of the world. It feels deeply true and significant to me personally that a tradition as historically targeted as ours holds essential wisdom specifically for combatting fear and hatred of the other, and for living with our differences in love and mutual care. In a moment of rising polarization, hatred, and antisemitic violence, it has never been more important to fearlessly engage our differences. In other words, it has never been more important to fearlessly be Jewish.

Published by Humanity in Action in 2013, "Civil Society and the Holocaust: International Perspectives on Resistance and Rescue" examines the different ways that European countries and the United States responded to the Holocaust. Karin Kvist Geverts examines the Swedish case. 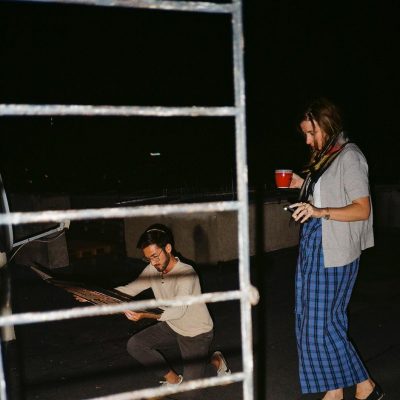