Responding to "Unite the Right": "Unite Against the Wrong"

Speech delivered at University of Houston Law Center’s event on Anti-Semitism for the Diversity and Inclusion program in September 2019, by Zachary Kaufman.

After being born here in Houston, I grew up in Morgantown, West Virginia. There, where I was one of few Jews, I was the target of several instances of anti-Semitism. Simply for being Jewish, some of my classmates spat on me and verbally and physically attacked me. On one occasion, a fellow student, who held me personally responsible for the death of Jesus Christ, picked me up, turned me over, and repeatedly rammed my head into the rocky asphalt until blood spurted out. I was in the second grade.

Seldom did anyone, including teachers, intervene. In some instances, it was actually parents and religious leaders who taught these children how to feel and act towards Jews. It was because of these experiences that I learned early in life that innocents can sometimes suffer discrimination. This discrimination can be manifested violently. Many people, even those with the power to help or in positions of authority, will unfortunately remain bystanders or even initiate or exacerbate these problems. I learned at an early age that it is vital to combat myths, misinformation, and misperceptions that lead to persecution.

What is anti-Semitism? It is “hatred or hostility toward Jews.” The most extreme example is the Holocaust, in which 6 million Jewish men, women, and children were slaughtered.

But there are many other instances throughout history. Some are ancient, such as persecution of Jews in the Babylonian, Greek, and Roman empires.

Last year, the Anti-Defamation League recorded 1,879 anti-Semitic incidents in the United States, a near-historic high and including the deadliest anti-Semitic attack ever committed in U.S. history.

Other instances are more recent, such as denial of citizenship to and forced ghettoization of Jews in Europe throughout the Middle Ages as well as pogroms in the Russian Empire during the 19th and early 20th centuries.

And still other incidents occur in the modern day, including here in the United States. In recent years, anti-Semitism has increased in the form of hate speech, violence, and denial and distortion of the Holocaust. In August two years ago, hundreds of white supremacists participated in the “Unite the Right” march in Charlottesville and chanted “Jews will not replace us.”

Last year, the Anti-Defamation League recorded 1,879 anti-Semitic incidents in the United States, a near-historic high and including the deadliest anti-Semitic attack ever committed in U.S. history. I’m referring here to the murder of 11 Jews last October at the Tree of Life Synagogue in Pittsburgh, coincidentally the same synagogue where I attended many events during and since my time in high school in that city.

This year, the number of hate crimes reported to the New York Police Department nearly doubled the amount reported last year. Most of these incidents have targeted Jews, such as when a 64-year-old rabbi who was exercising was attacked with a brick, knocking out his teeth and severely injuring his face.

What is anti-Semitism? It is “hatred or hostility toward Jews.” The most extreme example is the Holocaust, in which 6 million Jewish men, women, and children were slaughtered.

Partly because of my own background, I focus on genocide, especially the 1994 Genocide against the Tutsi in Rwanda. This year marks the 25th anniversary of that genocide. In just one hundred days, Hutu extremists slaughtered over one million people, primarily Tutsi as well as Hutu and others who opposed the genocide. With such a lightning-quick murder rate, the genocide in Rwanda has been characterized as “the most efficient mass killing since the atomic bombings of Hiroshima and Nagasaki.”

In the years leading up to that genocide, Hutu extremists monopolized and manipulated local media to differentiate, dehumanize, and demonize Tutsi. Such propaganda—characterizing Tutsi as inyenzi (cockroaches), inzoka (snakes), and ibyitso (traitors)—mobilized hundreds of thousands of other Hutu, who felt compelled to attack Tutsi.

Some commentators today accuse certain individuals and groups in the United States of employing discriminatory discourse, some of this language even resembling such genocidal propaganda. Most notably, critics of President Donald Trump’s rhetoric and conduct often describe his behavior as exemplifying racism, xenophobia, sexism, Islamophobia, and anti-Semitism.

Like Hutu extremists (and Nazis and other fanatics before them), President Trump has even referred to undocumented immigrants and his political opponents as non-human enemies, such as “dogs” and other “animals.” His words and deeds are blamed for inciting violence, perhaps deliberately so; clashes among citizens have indeed followed. In just the first year after his election, reported hate crime in the United States spiked 17%. Political scientists, legal scholars, and other commentators have found strong correlations between President Trump’s incendiary language and violence that has ensued. The hate speech that incited the Genocide against the Tutsi should remind Americans, especially our elected officials, to scrupulously avoid inflaming tensions, amplifying hatred, or emboldening attacks.

Such propaganda—characterizing Tutsi as inyenzi (cockroaches), inzoka (snakes), and ibyitso (traitors)—mobilized hundreds of thousands of other Hutu, who felt compelled to attack Tutsi.

Make no mistake. The increase in anti-Semitism in the United States occurs alongside a surge of bigotry against other minorities. Anti-Semitism is part of a broader trend in our country toward division and hate. The odious scourge of white supremacy doesn’t discriminate much among the groups it discriminates against.

Which is why the best response to “Unite the Right” must be what I would call “Unite Against the Wrong.” And it’s happening. Even amid the darkest of humanity, we also see the brightest. After initially aiming to raise $25,000 to help families affected by the tragedy at the Tree of Life synagogue, within just a week two Muslim-American groups had raised more than $230,000. In addition, Muslims have offered to protect Jews as they pray.

I want to express my utmost appreciation to the Muslim-American community for their generosity. I’m also proud that thousands of Jews across the country have protested against inhumane treatment of immigrants.

Now, more than ever, we must unite to combat such animosity. All of us—Jews, Muslims, Christians, whites, blacks, Latinxs, heterosexuals, members of the LGBTQI community, everyone—should join together to defend one another and our shared humanity.

Now, more than ever, this is also a time to remember the tremendous responsibilities we shoulder as current or future attorneys. While hate is festering across our country, we lawyers play a special role in society to promote and protect the rule of law. We should all endeavor as lawyers to combat anti-Semitism, racism, xenophobia, other discrimination and bigotry, and to support civil and human rights. 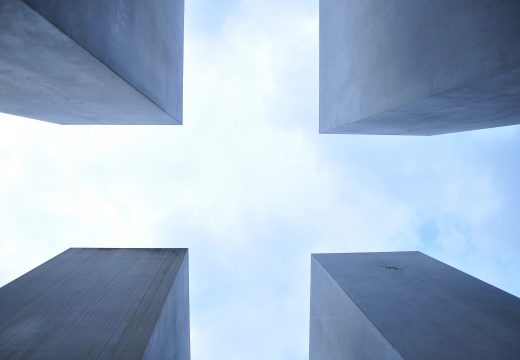 Explore how Humanity in Action has over the years tackled the scourge of Antisemitism. 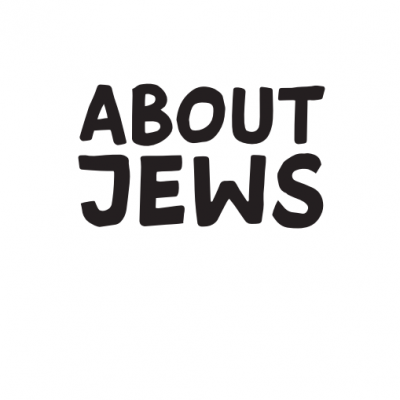 Humanity in Action Poland published “About Jews - an Interactive Book against Antisemitism” as part of their efforts towards fighting hate speech and Antisemitism in Poland.