The article comments on the difficulty to identify when a genocide is taking place at its early stages. In particular, Tomasz argues that since the beginning of the war, Russia’s intention was to commit genocide against the Ukrainian people. What is more, Tomasz claims that there is a repetitive socio-political pattern along which genocides are perpetrated. Awareness of this pattern makes the first major step towards genocides prevention.

“Beyond murder, only denial and silence remain. Through denial, we obfuscate the facts and through our silence, we increase the indifference that brings about genocide in the first place.”

Russia has already attempted to annihilate Ukrainians more than once throughout the 20th century. The contemporary atrocities are committed in defiance of the UN Convention on the Prevention and Punishment of the Crime of Genocide, which the country ratified.

Tomasz is one of thirty 2020-2021 Landecker Democracy Fellows. This fellowship, a collaboration between the Alfred Landecker Foundation and Humanity in Action, was created to strengthen a new generation of leaders whose approaches to political and social challenges can become catalysts for democratic placemaking and community building. Read more about the fellowship here. 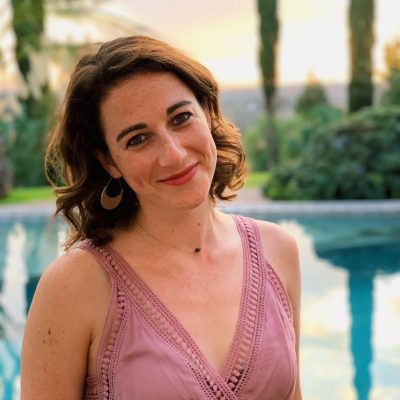 Landecker Fellow Maia Ferdman publishes a report on the ways we might support the homeless street engagement process and reduce conflict by utilizing “bridge building” techniques.