Raissa Biekman finds Humanity in Action a necessary aspect of society in which we can actively participate in discussing difficult topics on a national and international level, whilst having a pragmatic approach to finding solutions for these issues today and in the future. Humanity in Action is nothing new to Raissa, and she recalls hearing about Humanity in Action during her college years. A good friend of hers has been part of the Senior Fellow network and encouraged Raissa to apply for the position of Program Manager. The job listing couldn’t have come at a better time either, as Raissa was shifting from educational and political work in Suriname and realized that Humanity in Action “really fits the way [she] want[s] to contribute in awareness and leading a better society. It gives [her] room to create other kinds of educational activities and raise awareness about certain issues.”

Raissa moved to Suriname, the country in which her parents grew up,  after receiving her Master’s degrees, and began working at the national university and later on at the national institute for nursing education. During her time at the Institute for nursing education, Raissa learned more about the field of public health through the lens of organizations such as the Pan-American Health Organization. Raissa also worked as a political analyst during this time for international organizations, local actors, political parties, nonprofits, and the media. At one point, she was brought on as a stakeholder and political analyst for Suriname in discussing an agreement with the International Monetary Fund. During these meetings, Raissa learned how to present, lead and moderate, whilst creating space for all the narratives and perspectives present.

This is a skill that has shifted over to her work with Humanity in Action. As Program Manager, Raissa is constantly finding new ways to foster discussion and bring current issues to light. She hopes to bring Humanity in Action to the forefront of Dutch society as a tool for addressing the “historical events that have shaped [Dutch] society, in a way that we can contribute to understanding modern society.” Raissa wants to build a presence beyond the Fellowship and for Humanity in Action to “become a force that is not afraid to discuss contemporary social and political issues, whilst reminding people of historical reasons why we are facing these issues today.”

“Don’t be insecure with the idea that you don’t belong, you belong just as much as the person next to you. Own that. Be yourself. Don’t make yourself smaller just to make other people comfortable with your presence.”

As for potential Senior Fellows, Raissa wants to remind them to be confident. She understands how difficult it is to be the only person of a certain identity in a room. Confidence has helped her in these situations and she recommends, “Don’t be insecure with the idea that you don’t belong in a certain space, you belong there just as much as the person next to you does. Own that. Be yourself. Don’t make yourself smaller just to make other people comfortable with your presence.” Having this confidence and presence has allowed Raissa to take control of uncomfortable situations and start dialogues in situations she might not otherwise have been able to.

Being in an environment where views are constantly being challenged and new ideas are being fostered, inspires Raissa. She loves having colleagues which aspire towards the same goals and a society in which there is room for everybody. In an environment like this “everybody can participate and be the best version of themselves. It doesn’t mean we have an idealistic view because we are very critical, but also [we are] really appreciative of the space and place that we live in.” 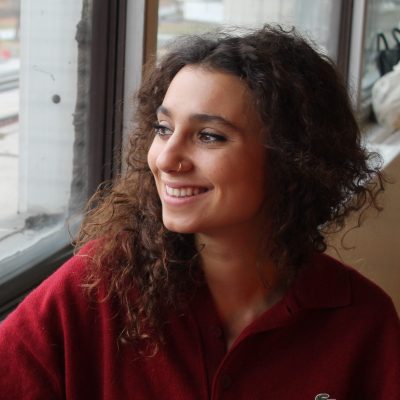 Bringing people together that have a vision for a better society and creating an exchange amongst individuals with varying opinions are just a few goals of Humanity in Action Germany Program Director Alia Schwelling. 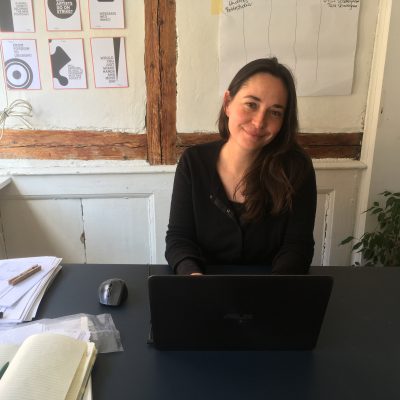 Meet our Danish National Director, Mikaela von Freiesleben, and hear her thoughts on why Humanity in Action is needed in society today.