"Stateless for a Lifetime" - Christiana Bukalo on Deutschlandfunk Kultur's Podcast

Landecker Democracy Fellow Christiana Bukalo was featured on Deutschlandfunk Kultur’s podcast hosted by Katrin Heise on March 15, 2021. The episode, titled “Stateless for a Lifetime,” delves into Christiana’s life experiences and how she is addressing the lack of networking and resource-sharing among stateless individuals through her online forum Statefree.World.

Despite estimates that there are more than 10 million individuals who are considered stateless worldwide, Christiana shares that “you don’t see statelessness in people,” and many people who are stateless lack a larger community of individuals also affected by statelessness. Because of this relative isolation, it can be difficult to share resources or support when navigating the bureaucracy around statelessness.

Christiana reflects, “Other people have a career ladder, and with us it’s really a bit of a residence manager. You climb up there, and then there is the tolerance, then there is asylum, residence permit, settlement permit. And at some point you can make it up there.” The podcast episode goes on to discuss Christiana’s initiative Statefree.World, a website that directly connects individuals affected by statelessness as well as those working on the topic.

You can listen to the full podcast episode here (in German).

Christiana is one of thirty Landecker Democracy Fellows. This fellowship, a collaboration between the Alfred Landecker Foundation and Humanity in Action, was created to strengthen a new generation of leaders whose approaches to political and social challenges can become catalysts for democratic placemaking and community building. Read more about the fellowship here. 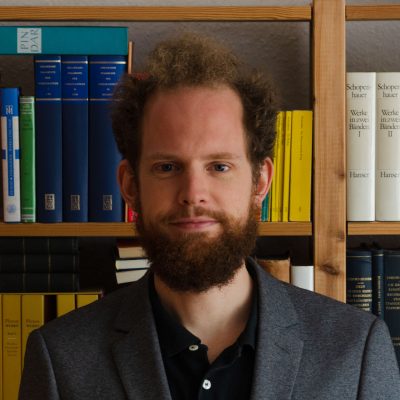 As part of his Fellowship project, Alfred Landecker Democracy Fellow Thomas Arnold will be leading an online workshop, which will be focused on the rhetoric and philosophy of arguing that can be helpful for future teachers and educators.