Landecker Democracy Fellow Lievnath Faber recently wrote a Facebook post in which she reflects on the first Racism Quiz and Knowledge Test that aired on public television a few days after the Dutch elections. In her post, Lievnath argues that while the test “exposed once and for all the problems of institutionalized anti-black racism in the Netherlands,” it clearly lacked questions on Antisemitism as well as anti-Asian racism. Lievnath writes that although Jews don’t fit well into the “visible racism context,” it doesn’t mean that conversations surrounding race should exclude them.

Lievnath is one of thirty Landecker Democracy Fellows. This fellowship, a collaboration between the Alfred Landecker Foundation and Humanity in Action, was created to strengthen a new generation of leaders whose approaches to political and social challenges can become catalysts for democratic placemaking and community building. Read more about the fellowship here. 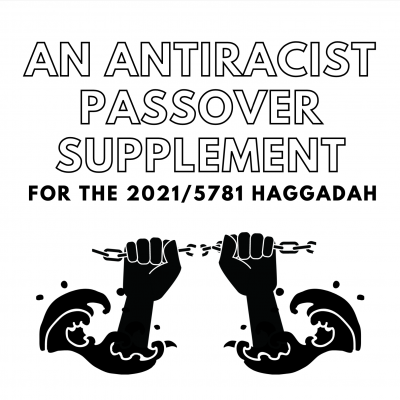 Senior Fellow and Humanity in Action Communications and Community Manager Hannah Sachs is part of Not Free to Desist's curriculum team, which just released an anti-racist Passover supplement.