Landecker Fellow Tomasz Cebulski will speak as a part of an event commemorating the 76th anniversary of the liberation of Auschwitz. An estimated 15,000 people died during the “evacuation period” of Auschwitz before liberation, yet these deaths are rarely spoken of. The post genocide silence prevails.  56,000 inmates were forced to march dozens of miles to railroad tracks and many died from exhaustion and starvation if not intentional executions and massacres. The event will feature the life and work of young Czech Jewish composer Gideon Klein and his path through the stages of totalitarian rule and genocide.

The hour long event is planned for January 26th, 2021 at 2 pm EST/ 8 pm CET. It will include a screening of the Sky Heritage Pictures produced film, Auschwitz- Liberation without Freedom, current footage of Auschwitz- Furstengrube camp, and a discussion between Dr. Tomasz Cebulski and Dr. David Fligg. This commemorative event is organized by Sky Heritage Pictures, Polin Travel, and Taube Center.

Learn more and register for the event here.

Tomasz is one of thirty Alfred Landecker Democracy Fellows. This fellowship, a collaboration between the Alfred Landecker Foundationand Humanity in Action, was created to strengthen a new generation of leaders whose approaches to political and social challenges can become catalysts for democratic placemaking and community building. Read more about the fellowship here.

Webinar: How the State Manufactured the Refugee Crisis and the Importance of Social Solidarity and Action 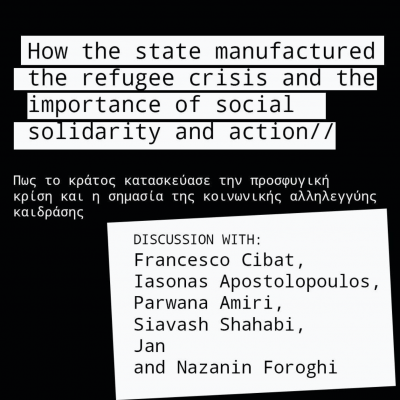 Landecker Fellow Iason Apostolopoulos is invited to talk on a webinar hosted by the social center "Nosotros." This Athens-based group has invited Iason along with other human rights activists who worked on the front-lines of the refugee crisis in the Greek islands.