This year the Copenhagen Fellowship 2020 focused on Denmark’s relation to Greenland and the Faeroe Islands. Using a Human Rights lens we dove deep into the pressing realities of this often overlooked region and Denmark’s role in shaping it. During the Fellowship, we hosted four open events where the Copenhagen public was invited to discuss related topics with our Fellows.

All events tried to untangle the complex issues related to the Unity of the Realm, as well as understand what civic engagement and action means in 2020.

Panel Discussion on the Future of the Unity of the Realm

The debate addressed questions such as: What does the future of the Realm look like? Does the Realm even have a future, or is secession and sovereignty the natural culmination of a long historical development? Should we rather work towards redefining and strengthening the unity, a Unity of the Realm 2.0?

Humanity in Action Denmark had the pleasure of welcoming former Chief Rabbi Bent Melchior to a conversation on his lifelong civil engagement and what inspired him to fight for refugees and vulnerable groups in our society: namely his own flight from Nazism in October 1943.

Bent Melchior has most recently published a book with Özlem Cecik, written by Anders Jerichow, about their newly established union, Forening Brobyggerne, which holds Bent Melchior as the Chairman of the Board.
With his lifelong civil engagement, presence, and delight for telling, it is always an pleasure to hear Bent speak about his life.

Humanity in Action Denmark also had the pleasure of welcoming historian and former Editor-in-Chief of Politiken, Bo Lidegaard, to the Copenhagen Fellowship 2020. Bo Lidegaard introduced us to his lifelong engagement in Greenland, his newly published book, how Danish/American relations are connected to the world of today, and US President Donald Trump’s “offer” to buy Greenland in the summer of 2019.

Copenhagen Pride 2020: A Panel Discussion on LGBTQIA+ Rights and Challenges in Greenland and Faroe Islands

Despite COVID-19, Humanity in Action Denmark and the Danish Institute of Human Rights organized a discussion on LGBTQIA+ in the Unity of the Danish Realm: Rights, Challenges and Prospects for the Future. 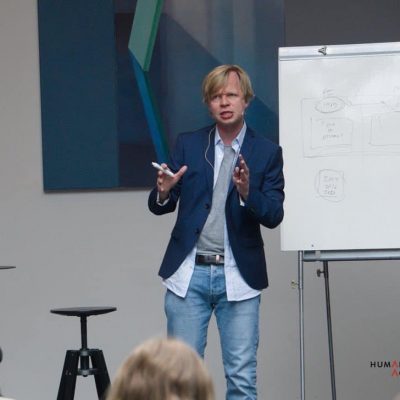 The 2022 Copenhagen Fellowship hosted several events open to the public. The audience was invited to discuss current the threats to democracy as well as the hsitorical and present meaning of the flight and rescue of the Danish Jews in October 1943 with a survivor. 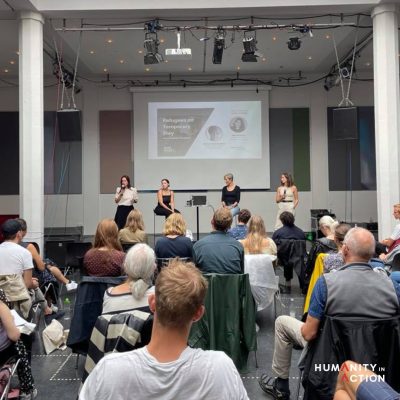