In his article Humanity in Action Copenhagen Senior Fellow Zachary Kaufman examines the scope, use of evidence, comparison to Syria, and precedential value of the UN investigation into the atrocities committed by ISIS in Iraq. Kaufman analyses the resolution made by the United Nations and raises questions on its efficacy.

“While seeking accountability for ISIS atrocity crimes is certainly laudatory, UNSC resolution 2379 raises significant questions about justice in Iraq and elsewhere. Regarding the investigative team, what will be its overall cost; which states, besides the United Kingdom, will provide financial and technical support; will its mandate be expanded to include atrocity crimes perpetrated in Iraq by groups other than ISIS; what will its relationship, if any, be with the COI and IIIM, given that ISIS also operates in Syria; and will its staff be as frustrated as del Ponte was about the COI? Regarding eventual prosecutions of ISIS affiliates in Iraq, what courts (e.g., national courts in Iraq or foreign countries, a hybrid tribunal, an international court) will use the evidence collected, preserved, and stored by the investigative team and will prosecutions within Iraq meet internationally recognized due process standards? Regarding justice more generally, what other transitional justice measures besides the investigation and prosecution of suspected ISIS atrocity perpetrators will be implemented in Iraq; if Assad is removed from power and his successor consents, would the UNSC set up an investigative mechanism for Syria; and will the UNSC-backed investigative team for Iraq be used as a model for collecting evidence of atrocity crimes elsewhere, such as in Burma? International lawyers, atrocity survivors, and other observers await answers to these questions before assessing whether UNSC resolution 2379 truly promotes justice.” 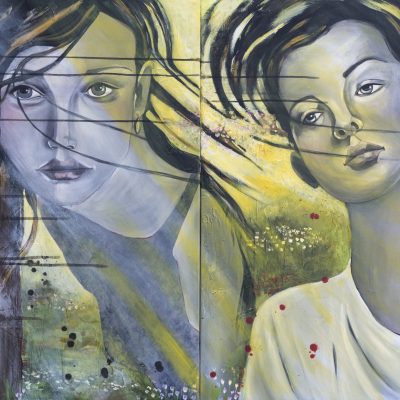 Al Karama- Testimonies provides a platform for unheard voices and displays Syrian artists' views and their appeals to the international community.

Lessons from the 1994 Rwandan Genocide

CNBC Africa interviewed Senior Fellow Zachary Kaufman about genocide prevention and lessons that can be learned from the Rwandan genocide.