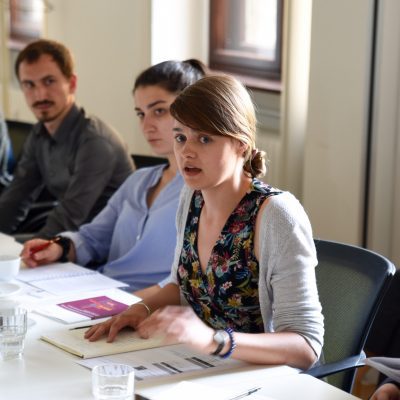 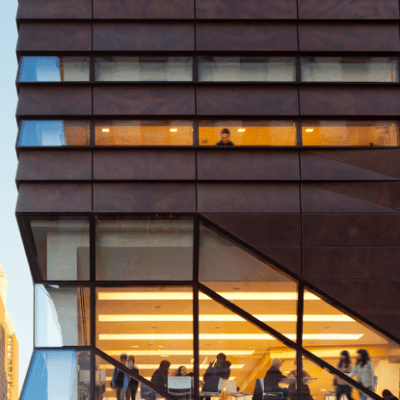 Barney A. Karbank (1924-2005) embodied the qualities of personal dignity, self-reliance and hard work. He was a self-taught and self-made professional real estate investor, yet he generally attributed his success to luck and to the kindness and assistance of others. He was an uncanny judge of character and he assessed people’s worth on the basis of their acts and deeds, regardless of their background, race, gender or religion. Karbank was an early sponsor of Humanity In Action, and he supported our mission of protecting those who are the most vulnerable to persecution; while he suggested that this was largely government’s role, he also believed that protecting the vulnerable largely depended on the independent judgment and selfless acts of courageous individuals. Karbank was known to be exceedingly cautious, reflective and methodical in his work and yet within the last weeks of his life he asserted, as a fundamental principle, “Don’t be afraid to take risks.”

Dr. Louis Rabineau (1924-2011) held a commitment to the defense of human rights that was profoundly influenced by his army service in World War II, when he visited Buchenwald concentration camp shortly after its liberation. He brings this commitment to his life-long efforts to improve education for all. As the Chancellor of Higher Education for the State of Connecticut, Dr. Rabineau established the first statewide talent search in higher education for minorities; a higher education plan addressing the needs of the physically handicapped; and a statewide program to train teachers of teachers. As President of the College of the Atlantic, he promoted social and environmental responsibility, adding programs in international affairs, environmental studies, and public service.