Aasha Abdill believes that knowledge and truth are derived within the dialogues between diverse worldviews, and this belief permeates through her work. Growing up in Brooklyn, her world existed within the five-block radius around the public houses where she lived. As she continued on to pursue college and postgraduate degrees at Spelman College and Columbia University, and then a doctorate in sociology at Princeton, Aasha saw firsthand how every researcher—despite aiming to reduce their biases—was influenced by where they came from including their personal and cultural experiences.

Her Humanity in Action path has fostered her belief in the importance of providing spaces for diverse individuals with many passions and priorities to interact in an inclusive and equitable environment. Troublingly, Aasha saw how the lack of racial and ethnic diversity in the social science doctoral ranks influenced the patterns of what gets studied, how it gets studied, who gets published, and how the research insights from scholars of non-white backgrounds were less supported or put under higher scrutiny for bias particularly if they studied social phenomenon occurring in their own communities. This led her to become passionate about “working towards a society where minority experiences are valued and included in the construction of knowledge because a society’s scholarship greatly influences philanthropic funding, government policy and media portrayals that can help or hurt a community’s progress.”

Aasha recently published a book and website on fatherhood in the black community titled Fathering from the Margins, which grapples with topics at the intersection of race, class, culture, and gender. True to her mission to bridge the often disconnected worlds of research, practice, and communities, Aasha decided to launch a corresponding campaign called #fatheringfrom. The #fatheringfrom campaign breaks down facts and insights that redress enduring racist narratives about black fathers being deadbeats into simple, engaging social media memes to advance the dialogue on black families. Aasha sees it as her duty to use her research findings to improve the public policies and social services impacting the black community, which is still dealing with the negative impact of biased scholarly depictions about their family structures and experiences.

“I still feel lucky for the Fellowship experience and the larger network I continue to actively engage in as a way to stay intellectually stimulated and personally inspired.”

Spending a month in three cities across Europe and the United States as a Diversity & Diplomacy Fellow, Humanity in Action Aasha’s first travel experience to Europe. It connected her with a network that continually re-energizes her through their collective passion. However, she also learned from her Fellowship experience that in order to continue to fight for justice and equity, we must also be good at healing ourselves. She said: “Find a way to make sure that the injustices you fight against, and may at times internalize, do not eat you up inside. We have work to do, but we also have a life to live and enjoy.”

Aasha is a 2021 – 2022 Racial Equity Grant recipient. The Racial Equity Grant, launched in Summer of 2020, is a 10-month grant which provides support to Humanity in Action Fellows and Senior Fellows as they defend racial equity and the #BlackLivesMatter movement through their projects. Generously funded by William H. Donner, it provides for dynamic civic action, critical social change and transformative promise as it relates to reckoning of past and present racial injustices. For more information on the grantees click here. 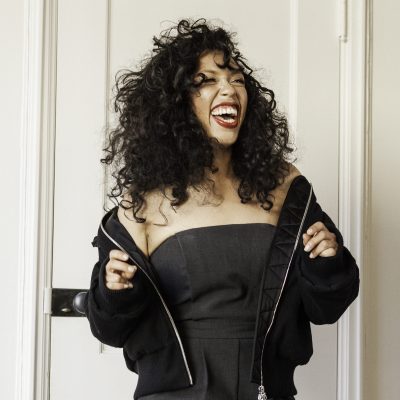