After interning at a non-profit, Senior Fellow Joseph Quisol became inspired by the mission to catalyze community engagement through dynamic partnerships, artistic collaborations and creative placemaking in local communities. “That year I worked with a community organization to uplift local voices so that residents could inform the development process and I knew that a similar organization was necessary for Charlotte to check our city’s rapid development.”

“I started with an idea of what could be built in the long run and used what I had within reach to work towards that goal.” Joseph started by reaching into his existing network to find people interested in an arts organization and doing community art events. Everyone contributed their talent and equipment and they hosted their first events as a collective. “We sought to first build community so that the organization would have the strength to address larger issues such as gentrification, public transit, environmental sustainability and other public policy issues.”

Immediately, Queen’s Collective addressed the lack of connectivity between creative people and community members. “We sought to first build community so that the organization would have the strength to address larger issues such as gentrification, public transit, environmental sustainability and other public policy issues.” At the core of the collective is the goal to catalyze the growth of Charlotte’s creative culture by bringing back the intimacy to live music and supporting entrepreneurship. The Collective is committed to social justice and breaking barriers for LGBTQ+ artists and people of color. Artists have been able to gain opportunities to play in new cities through the connections forged by Joseph and his collective. Since it’s beginning in 2017, Queen’s Collective has grown into a monthly showcase of the best underground talent from the Queen City and beyond. The collective transforms unconventional spaces such as houses and garages into pop-up venues that feature visual artists, vendors and musicians.

“Through our networking events and pop-up shows, Queen’s Collective built community and formed a network of like-minded individuals who shared a vision for building a physical space that would support the local community by supporting local culture.” 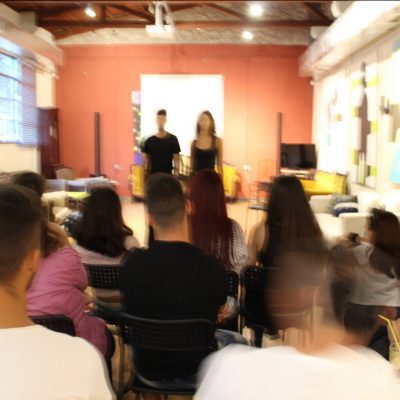