The United States has the highest incarceration rate in the world. In Cass Meador’s eyes, incarceration is an intensely dehumanizing and traumatizing experience, destroying its victims’ senses of safety, privacy, and dignity. Additionally, Cass shares, most people come into prison with previous trauma or a mental illness, which is then exacerbated by their incarceration.

Indeed, over 90% of the women incarcerated in Oklahoma are survivors of physical or sexual abuse (Stackable, 2022), 66% of people in federal prisons reported not receiving any mental health care while incarcerated (Ring and Gill, 2017), and previously incarcerated individuals face a 62% higher risk of suicide (Morgan et. al, 2022).

When it comes down to it, Cass would much rather talk about what one can find in the people behind bars if we forget what we think we know about prison. “You find evidence of resiliency, strength, compassion, courage, grief, family, faith, love, and hope in real human beings. And you’ll find that just like those on the outside, these people are worthy (regardless of any past mistakes) of basic human rights, rights such as joy, play, exploration, growth, and community.”

Inspiration behind the Action Project

Cass has always been fascinated by the power of stories and narrative. “When I stumbled into the world of role-playing games, suddenly I felt like I had stumbled onto the recipe for the magic I had always known was there. They combined my love for stories and creativity with my passion for building lasting communities to make something completely new – a living, breathing narrative that changed and evolved as its players changed and evolved.”

“When I started getting into advocacy and outreach around incarceration and specifically the over-incarceration of women in Oklahoma, I knew that I wanted to find a way to try to bring the life-changing games that I loved to the women that I was meeting so that they could have a chance to experience what I did and tell stories of their own,” Cass shares. “As a state firmly stuck in its narrow box of “the way things have always been done,” we need a truly out of the box solution to reimagine how we approach the criminal justice system and heal the communal and generational trauma that the system perpetuates.”

Contrary to the stereotype that these games are a means of “escaping” the real world to play in pretend ones, it’s an escape into something – into a community and into connection. For a vulnerable population that is intentionally excluded from society, isolated from social connections and relationships, and systematically cut off from the rest of the world, building community and a sense of connection is a vital skill for survival, resilience, and restoring hope.

What better way to build community than by having a little bit of fun, and maybe slaying a dragon or two along the way?

This Action Project attempts to close the gaps in access to the basic human needs (such as safety, trust, support, connection, and play) by offering a structured introduction to therapeutic tabletop roleplaying games (TTRPGs) in women’s prisons. The program utilizes the inherent community-building tools curated in small, independently produced games to undo the systematic isolation of incarceration and dismantle internalized systems of hierarchy. It also gives players a chance to safely explore themselves and the person that they want to be, restoring their senses of autonomy over the narratives of their lives and as designers of their own identities.

The materials for a one-time class now include a detailed 8-week program with example lesson plans for each session, which include gaming tips, agendas, session objectives, example debrief prompts, flexible options for diverse schedules, and suggested games for each session. It also comes with two alternative class models, designed for jail or community settings and distance or virtual programming. At the end are several supplemental materials to get the players started, including a glossary of gaming terms, resources for safety tools, and an entire library of independent, facility-appropriate, and beginner player-friendly games to choose from to curate a program. It is an adventuring pack and tool kit for a quest like no other and a compass for the next steps if facilitators get lost.

All you have to do is take a deep breath and jump in.

First, Cass met with Poetic Justice, a local nonprofit. Cass pitched the idea for a one-time class to the staff and listened to the feedback they had. They were cautious and unsure if the wardens and chaplains would be on board with the idea, but thought it was worth a shot. Next, Cass gathered together extensive literature on TTRPGS and prison programming, hashed out the logistics of what a class might look like, and presented the idea to Poetic Justice’s board, who approved of the project.

Unfortunately, as Cass was planning to facilitate the TTRPG class, the staffing in the prison facility changed and Cass, together with Poetic Justice, had to start at ground zero with convincing facility staff to approve the program. Despite this setback, however, Cass put together the class materials which helped to convince the facility authorities.

Cass focused on smaller and independently-produced games as these games were often more accessible and designed to be beginner-gamer-friendly, and were often designed as counterarguments to games that focused on violence and combat. Instead, Cass found and included games that prioritized and fostered relationship building, self-exploration, and were designed to reflect and promote themes around social justice and equity (Race, Gender, and LGBTQ+). These games also didn’t shy away from hard topics and human experiences like loss, grief, fear, and isolation and provide methods of safely engaging with those topics and coming out the other side.

Additionally, Cass discovered that two types of games were needed: Games that could be played in a group and games that could be played solo. Additionally, they wanted to make sure that the class could either be done in person or virtually through letter-writing, ensuring players still had access to a safe space to connect and grow no matter what the circumstance. Another challenge was trying to find alternatives for cards and dice, as these are often contraband for prison facilities. Luckily, some facilities allow them for class purposes as long as one leaves with all of the materials that is brought in. Additionally, they can be replaced with handmade spinners and by pulling numbered pieces of paper out of a hat, Cass realized.

Cass hopes for the program to be an actual class one day, and will keep working with Poetic Justice to make that happen. If you are interested in learning more or want to collaborate to get a class started in a facility outside of Oklahoma, please reach out to them on LinkedIn. 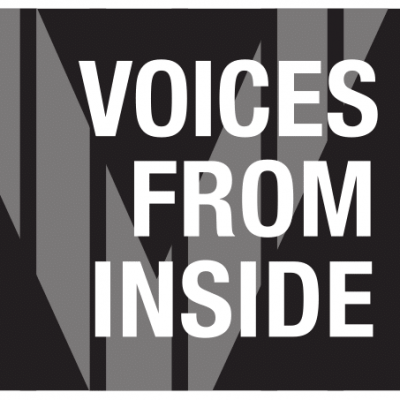 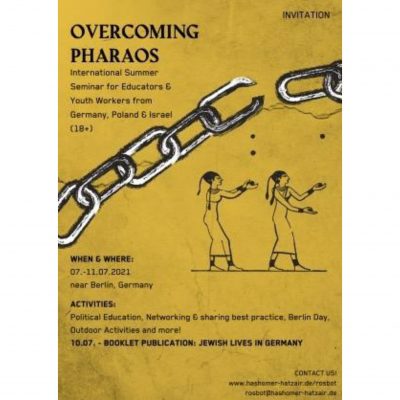 Nitzan Menagem - chair of the German branch of the Jewish left-wing youth movement Hashomer Hatzair and founder of the educational initiative ROSBOT and Joanna Matera - psychologist focused on social cognition and intergroup relations - met online during the 2020 Humanity in Action Poland Fellowship/Academy of Human Rights. This inspired their friendship and project-collaboration! 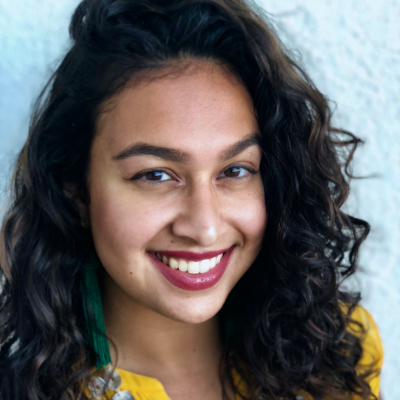