In October 2021, Senior Fellow Eric Otieno co-curated the inaugural British-German Democracy Forum, themed ‘Colonialism and Difficult histories’ with Lord Simon Woolley. The event, which brought close to 50 delegates and speakers from all over Germany and the UK to Windsor, was jointly initiated by the Goethe Institute London and the Cumberland Lodge in Windsor.

Read his briefing essay for the Forum:

Democracy is in crisis. On the flipside of contestation about its severity is a minimal consensus that crisis underlies democratic governance in Germany, the UK and beyond. In the wake of the Eurozone debt crisis that peaked in 2011, the mid-2010’s marked a watershed moment for German and British Democracies. Brexit (2016-2020) and the Border Crisis (2015-2016) revealed degrees of polarisation that shook the foundations of democratic stability in both countries to the core. Two British prime ministers resigned over the technicalities of delivering Brexit, and despite a large #RefugeesWelcome movement, one far-right party’s opposition to Merkel’s open borders policy won them seats in all but two of Germany’s state parliaments and at the federal parliament by 2017. Initially parsed as exceptional moments, these events catapulted the UK and Germany into states of exception that linger today.

Yet, democracy’s crisis goes beyond the dramatic events of the last decade. In his book Coping with Post-Democracy, British political scientist Colin Crouch introduced the term ‘post-democracy’ to describe how democracy was being co-opted by a small elite.  For Crouch, national policies in post-industrial societies were increasingly determined by trade agreements and supranational unions, complicating democratic checks and balances. In addition, the convergence of the positions of political parties made them rely on inflating minor differences to win voters. Further, the intensifying entanglement and ‘revolving door phenomenon’ between private and public sectors allowed lobbyists to influence legislation more effectively than citizens, while the privatization of public services steadily  reduced institutional allegiance to the communities served. In Undoing the Demos: Neoliberalism’s Stealth Revolution (2015) and In the Ruins of Neoliberalism: The Rise of Anti-Democratic Politics in the West (2019) Wendy Brown highlights the role of neoliberalism in this conundrum.

It might be more tenable to fundamentally transform how we think about democracy and our respective roles within it.

The inaugural British German Democracy Forum takes place at the beginning of the third decade of what Crouch described as post-democracy back in 2000. From this perspective, the forum is long overdue. At the same time, the events of the last two decades have been dramatic, and it is no longer enough to merely react to the incendiary and benign attacks by post-democrats, populists or whomever else is (rightly or wrongly) designated as an ominous ‘enemy of democracy’. Instead, it might be more tenable to fundamentally transform how we think about democracy and our respective roles within it, while connecting the often simplistic political formulas of the day to the historically contingent conditions of their emergence. This is just one response to this crisis that the inaugural iteration of the inaugural British German Democracy Forum seeks to explore.

Yet, scholars of colonialism are consistently awed by the systematic, strategic and seemingly contradictory nature of colonialism.

The theme of this year’s Forum “Colonialism and Difficult Histories”  already reveals unsettlement. The UK and Germany are being increasingly compelled to revisit chapters of their respective histories long considered complete. The intertwining colonial histories of Britain and Germany have been silenced, destroyed, hidden or manipulated to appear benign and exceptional -historical accidents to be isolated from previous and subsequent events. Yet, scholars of colonialism are consistently awed by the systematic, strategic and seemingly contradictory nature of colonialism. This is a historical epoch that manifestly shapes the world we live in just like other histories (such as the World Wars) have, but that we hardly encounter in our classrooms, lecture halls, or libraries with the seriousness it deserves.

Ann Laura Stoler’s work on colonial aphasia has revealed how disassociation with colonial history can become so profound that this history becomes unspeakable. As a corrective to the idea of historical amnesia, the term aphasia- the loss of a previously held ability to speak or understand spoken or written language due to disease or injury of the brain- suggests that this loss is actively produced when colonial histories are rendered illegible and inaccessible in the present. If there is an injury, disease or a drug that compels us to forget so forcefully, it has not been treated, diagnosed or named yet. Conversely, one could argue that in the interest of self preservation, coloniality only gets better at obscuring a colonial world order with time, as American political scientist Adom Getachew has compellingly laid out in her book Worldmaking After Empire (2019).

An important part of the crisis of democracy is the failure to contend with the afterlives of colonialism in Europe.

It is within the democratic nation-state that the afterlives of colonialism are most likely to be overlooked. In his book Necropolitics (2019), Achille Mbembe contends that democracy and colonialism share “relations of twinship” with each other, reminding us that democracy and slavery existed side by side for  centuries in the USA. Writing in I am the People: Reflections on Popular Sovereignity Today, Partha Chatterjee suggests that the underestimation of the far reaching effects of colonialism on democratic processes might explain why -to the surprise of European and North American pundits-certain forms of postcolonial democratic practice long considered flawed “are now raising their unseemly heads in the sacred lands of liberal democracy”. These thinkers suggest that an important part of the crisis of democracy is the failure to contend with the afterlives of colonialism in Europe, and that democracy has always had a dark, autocratic side, which is now catching up with us in the form of uneven citizenship, racist and/biased policing practises, serious blindspots about right-wing and white nationalist terrorism and antisemitism, as well as static forms of nationhood and democratic participation that are dramatically out of touch with the demographic constitutions of either countries.

The forum provides a platform for open discussion and debate on how colonialism and coloniality have shaped modern national trajectories, and how democratic societies might constructively confront ‘difficult histories’. It is anchored by three topical panels, two strategic workshops and four breakout sessions. The first panel Colonialism Revisited will engage with the fundamentally political and worldmaking nature of colonialism. The second panel Coloniality and Democrisis: Causalities and correlations proceeds to explore the relationships between colonialism and the ongoing crisis of democracy. Panel three, titled Multi-directional Memory: The Holocaust, War & Genocide grapples with the question of how memory politics can remain true to its intended function: a memory that is honest, and multidirectional. The workshops, designed to bridge the gap between theory and praxis, highlight how democratic agency (or lack thereof) renders the personal as political. Rebooting Active Citizenship: Power and Social Change is an exercise in thinking about power in the context of democratic agency, while Anti-Colonial Action: Strategies, Tools, Resources provides delegates with a clear idea of not only why they need to put their institutional power and networks in the service of democratic and anti-colonial ends but, importantly, how to do so.

The breakout sessions, featuring The Museum of British Colonialism, Dekoloniale Berlin, The Black Cultural Archives London and Brand New Bundestag illustrate work that is already being done, while highlighting what still needs to be done in terms of revitalizing the public sphere and mainstreaming some of the perspectives discussed at the forum. Our concluding session considers how to meaningfully extend the insights and networks gained from the forum beyond the physical limits of the Forum. Students of democracy will agree that democracy is always becoming and never complete, a participatory and collective work-in-progress that benefits from each individual’s contribution. At heart, this forum is about the role of individual agency in democratic systems, and how to meaningfully add up informed individual agency to create collective agency. Recent history has also shown that while the responsibility of social change is being shared among many more of us, too few of us get to influence its direction. Our hope is that this Forum will help us think more critically about our influence on collective processes of social change, and why a re-evaluation of the past is a necessary step towards a shared future. 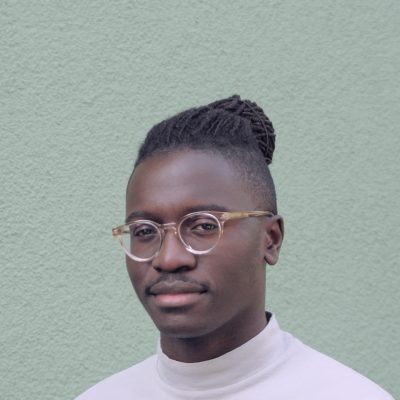 Eric Otieno and his colleagues edit a special issue of PERIPHERIE Journal, looking back at the failures and successes of the ‘Movement of Movements’ of the 1990s and early 2000s. The special issue draws crucial lessons for the contemporary moment.

Senior Fellow Lorenz Narku Laing hosts a workshop at the University of Augsburg's 2019 Peace Summer School on the connection between development and colonialism.