Our histories may be different but our conflicts are the same.

Saim Saeed grew up in Pakistan and was educated in India — which was unprecedented, given the hostility between the two countries. His experience straddling an international conflict — as someone whose grandparents migrated from India, as a Muslim, and later an atheist — compelled Saim to think about identity, and the power of belonging it can either give or take away. Later Saim lived in the U.S. and Europe, where his own understanding of self and identity was thrown into a sea of judgments that had been predetermined for him before he could utter a word.

On his way to Germany for his Humanity in Action Fellowship in Berlin, Saim recalls an interaction he had with a German visa officer:

In hindsight, his Humanity in Action experience started well before the program. Given the enormous role the visa officer’s play in countries like Saim’s, Saim realized that many people do not critically examine human rights in their own nation as they might in less wealthy, “less western” nations. Saim recalls wondering how the Fellowship would resonate with him given that he had no personal connection with German history. But soon he would learn that the Holocaust, communism, fascism and many other parts of the German experience, echoed politics playing out in Pakistan. Saim hopes that by learning about these issues happening around the globe we can work to prevent them from happening ever again, anywhere.


“We [Pakistanis] have our traumas, our genocides, our vilification of marginalized groups and our inability or unwillingness to criticize our past, just as [Germans] do.”

[The Fellowship] made me more empathetic, sharper, more proud, more sensitive — a better person. To get others to think about this stuff — and also to just get my thoughts on paper — I became a journalist, with specific interest in public policy.

Humanity in Action helped Saim understand those often uncomfortable, sometimes brutal interactions between cultures, between the oppressed and the oppressors, between the unbowed and the unforgiving. On his Fellowship, Saim remarks: “It made me more empathetic, sharper, more proud, more sensitive — a better person. To get others to think about this stuff — and also to just get my thoughts on paper — I became a journalist, with specific interest in public policy.”

Saim is an assistant technology editor at Politico. Previously, he worked for The Express Tribune, an English language daily in Karachi, Pakistan – his hometown – writing mostly about South Asian politics, security, and terrorism. He has been published in the New York Times, Foreign Affairs, Al Jazeera, The Diplomat, Haaretz and many publications in South Asia. He completed his undergraduate education at Bard College and received a Master’s degree from Oxford. Having worked for years on issues regarding identity, Saim now spends a substantial amount of time writing for Politico on climate policy. On this shift, Saim states,

“We can try to be more understanding of one another, but nature has no such empathy.” 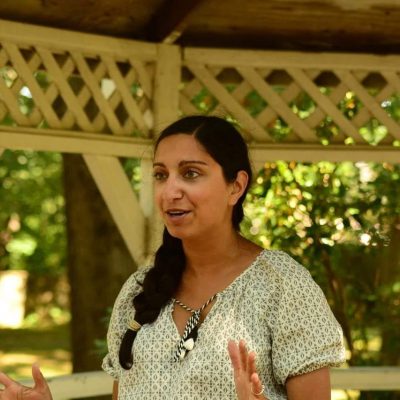