At the height of the pandemic, policymakers in Kosovo pitched programs for “e-learning” as a way to ensure students could continue to receive an education. Leaders in Pristina made the argument that this method of instruction would prevent learners from falling behind. They also claimed that it could pave the way for “digitization” in schools.

For communities that are under-served, such as the Roma, Ashkali, and Egyptians, this rhetoric oftentimes failed to resonate. As a result, children of all ages from these communities had neither the time nor the resources to take advantage of these interventions. Digital education, in other words, was not an accessible option for many Kosovar students.

Having worked in the region, Aaron was aware of how education in Kosovo does not serve all students. Even so, the extent of the problem was a topic he wanted to explore. Aaron tackled this subject through conducting thorough research.

Aaron strove to amplify the voices of those who do not always have a seat at the table.

Firstly, Aaron gained insight into realities on the ground by speaking with decision-makers. This, in turn, influenced his recommendations for how to make “e-learning” more inclusive, as solutions were tailored to their needs. Aaron also wanted the project to be a vehicle for sharing the views of individuals affected by this inequity. Put differently, he strove to amplify the voices of those who do not always have “a seat at the table.” Finally, it is his hope that this work may spark interest in the subject, prompting researchers to investigate how education in the country could be better for all children.

Aaron’s experiences in the country made him aware of the scope of this issue. Even so, he believed it made sense to connect with experts based in Kosovo before launching the project. Working alongside the Kosova Center for Digital Education (KCDE), he developed a plan to research the state of the “digital divide” among communities on the margins during the pandemic. Adopting a qualitative approach, Aaron proposed a series of semi-structured interviews with individuals familiar with realities at the grassroots level.

His goal was to not only hear directly from those who navigated the twists and turns of the crisis. It also was to ensure that their insights would shape the recommendations proposed to stakeholders. In doing so, the solutions Aaron put on the table would be appropriate for the context, all while prioritizing the perspectives of those most in need.

After developing a roadmap for the project, Aaron began the process of reaching out to individuals based throughout the region. Over the course of the summer, he connected with 20 experts representing a variety of sectors. Participants came from non-profits, universities, and donor groups. The choice of stakeholders was made to reflect the diverse perspectives on the state of “e-learning” in Kosovo. After wrapping up these sessions, he shifted his attention towards reviewing the transcripts of each conversation.

Aaron aimed to identify a set of themes that could be woven into a narrative that answers the question at the center of his project. Three of the themes were highlighted in a report summarizing his Action Project, which was then shared with his colleagues at KCDE and published on their website. At that point, Aaron’s findings were circulated within their networks, which include decision-makers driving policy on education in the Balkan country.

Working with experts based in Kosovo was a must, as their wealth of expertise played a part in ensuring the research had an impact. Despite working in the field, Aaron’s status as a foreigner means that he may not be aware of the complexities of living in Kosovo. It would be inappropriate for him to prescribe solutions to a problem found an ocean away. This concern influenced his approach to outreach. Practically speaking, Aaron set out to connect with individuals who had a stake in the issue. Participants ranged from researchers studying disparities in education to advocates pushing for inclusion in schools. In gathering these perspectives, Aaron believes he was able to highlight the diversity of viewpoints which define debate on the merits of “e-learning” in Kosovo. This, in turn, could provide policymakers with the insights they need to make this type of instruction accessible to all students.

With the release of the report, the project has come to an end. In October, Aaron’s partners at KCDE published it on their website. His initial findings were also featured in a research symposium they hosted on “e-learning” trends within the Kosovar education sector. There may be opportunities down the road to publicize the conclusions he reached after completing the Action Project. However, Aaron imagines this research may act as a “springboard” for further explorations into how children learn in Kosovo. In particular, he and the team at KCDE are interested in highlighting how programs for “e-learning” can be more inclusive and accessible as policymakers look beyond the pandemic. Obstacles facing students with disabilities have been on our radar, and they are looking into how language barriers may prevent learners from joining these programs. In short, work remains to scope out the extent of the problem that defined this project.

Logistically, researching the state of education in Kosovo had its challenges. For starters, Aaron was unable to travel to the country to interview participants. In-person sessions are a valuable tactic. They not only allow researchers to better understand the subtext of a conversation; they can also build trust with participants who may be wary of your intentions. Even so, Aaron would encourage others not to discount the myriad benefits of working via Zoom. Beyond being the economical benefits, this format can be more convenient for interviewees. Simply put, they can log on regardless of where they are in their day. Methodologically speaking, virtual interviews can be less of an imposition on selected participants. In showing respect for their time, researchers can build relationships with interviews, leading to conversations that are fruitful. Ultimately, there are ways to take advantage of these platforms to produce work that accurately reflects the complexity of a subject.

Another consideration to be made by researchers relates to cultural factors. As someone who has worked in the field of education, Aaron has a perspective on schooling in Kosovo. Yet as a foreigner, he can only speak to some of the challenges facing students. “Parachuting” into a country to study its issues should be avoided. To bypass this issue, his goal was to elevate the insights of those “on the ground.” Adopting this practice can do more than ensure your conclusions authentically reflect the priorities of stakeholders. It can also amplify them to actors specializing in your area that may be unaware of what their partners want. In some cases, this approach may even dispel assumptions about the problem on your radar. While this strategy is not perfect, it can reduce the risk that you misrepresent the concerns of those impacted by the issue at the core of your work.

Although Aaron’s research is completed, there are a number of organizations based in Kosovo doing the work to eliminate inequalities in the sector for education. His partners at KCDE have long advocated for making “e-learning” available to all students in the country, as they have maintained relationships with schools to ensure teachers are prepared to adopt this mode of instruction. 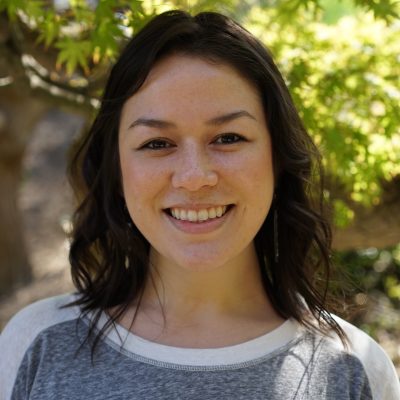 Senior Fellow Katie Hahn's Action Project has entailed a co-design process that engaged Jersey City community members in imagining what an excellent school could look like. 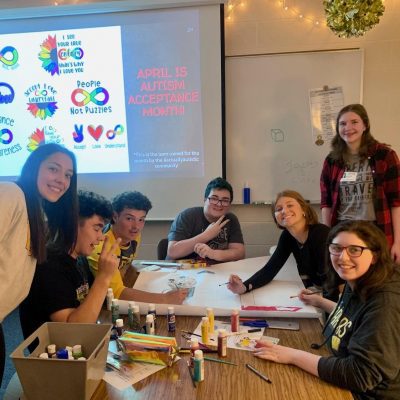 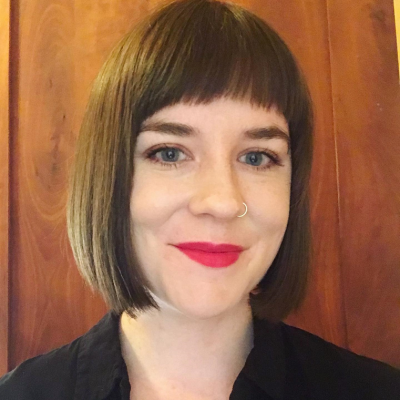