Landecker Democracy Fellow Armin’s project, Carceral Marronage: Mapping Confinement and Rebellion in the Golden State, draws on his current research on the role of systems of mass incarceration, namely prisons, in sustaining forms of social and economic inequality initiated by colonization, such as the Spanish conquest of California. California’s prisons have played a major role in the ascent of the United States to the position of the world’s most prolific incarcerator, especially of Black and brown people.

This project seeks to excavate the carceral history of California, from Spanish missions to American prisons. Using landscape photography, oral histories, film, and archival sources, this project will engage narratives and testimonies of confinement from penitentiaries as well as other sites of confinement in California’s history.

“My vision is to translate a project that has incubated in a university setting into a multi-media vision that can reach a broad audience.”

Armin’s intention is to create a broader spectrum of understanding of prisons as sites of racial control and as antidemocratic technologies. He will do so by sharing the hidden histories of the land that prisons have been built upon and of those who were its indigenous stewards. Furthermore, this project will seek to map the cost of penal confinement outside of the prison in the proliferation of houseless communities in cities across California, including Oakland, San Francisco, Los Angeles, and San Diego.

Working in collaboration with the Samuel Proctor Oral History Program at University of Florida along with the Department of Geography at UC Berkeley, the goal for this project is to create a toolbox for educators, organizers, and researchers who are seeking to train students in the history of prisons in modern society.

A website is being built to curate the videographic, photographic, audio, and written materials that are emerging from Armin’s research and travels throughout California’s various carceral and anti-carceral landscapes. The approach to curating California’s carceral and colonial history will be using audio, photographic, and videographic “essays” to accompany writing– both interpretive and critical–as well as transcribed testimonies.

Landecker Democracy Fellow Vincent Kadiri is a Nigerian German scientist currently pursuing his doctorate degree at the Max Planck Institute for Intelligent Systems in Stuttgart, Germany. Vincent wants to establish a grassroots network of BIPOC scientists that focuses on improving communication and ensuring more equity within the sciences. 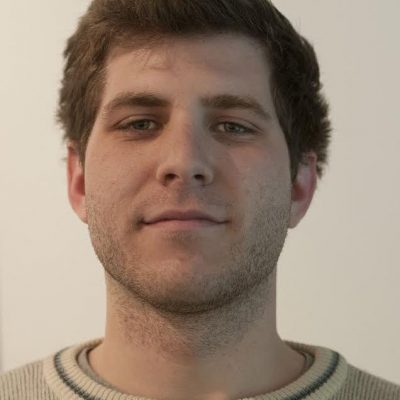