Bosnia and Herzegovina has seen a drastic increase in the number of migrants entering the country in the past few years. Competent institutions face daily challenges in terms of human and financial resources. One of the arising issues on migrants’ route through the country is their low visibility on the road during the night when they are actively on the move. Drivers’ recklessness, high speeds and poor lighting can cause accidents and endanger human life. The most vulnerable group on the road are the pedestrians, as they are at a greater risk than the drivers. The problem of pedestrian visibility in road traffic is an occurring issue in the autumn and winter time of year when, due to smog, fog or snow, visibility on the roads is often reduced.

EDVACAY Alumna Lamija Čelik (2019/20) had the idea to make hats, caps, scarves and pendants with the key component of adding cat’s eyes (luminous plastic used for better perception and visibility in traffic) or reflective strips that glow in the dark. With winter and colder weather coming, Lamija believes that this project would bring benefits such as protecting the user from the cold, but also helping them be better spotted on the road. Lamija joined forces with a local association of girls and women called Association of War Victims Foča 92-95 – Workshop “Brave and Proud” who were engaged in knitting hats / scarves / pendants, which also serves as a promotion and support of their work. Lamija believes that this project has the potential for growth in a sense that the focus groups do not have to be exclusively migrants and migrant children, but also other pedestrians in traffic, such as first-graders, whose schools are located near busy roads.

The hardworking women from the Association of War Victims Foča 92-95 – Workshop “Brave and Proud” helped in the implementation of this project, and as a small token of attention, they prepared a gift for each child – a plushy heart as a symbol of their love and support.

All of the woven toys, pendants, hats and scarves were gifted to the migrant children residing at the Reception Center TRC Ušivak,  where Lamija was welcomed and introduced to the children and their parents by the IOM representatives working at the Center.

We are glad that we made the children happy and put a smile on their faces. We hope that in the future the products will serve their purpose – provide better sighting on the road, and as a protection from harsh winters. 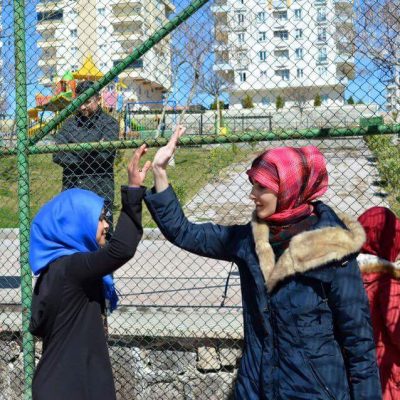 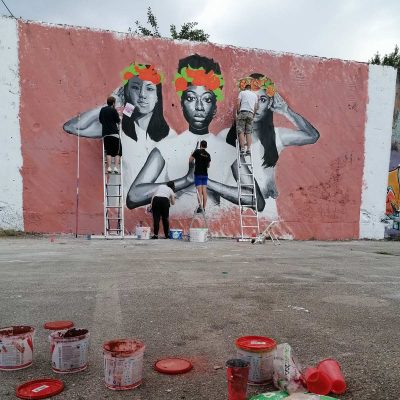