The project Invisible Topics was split into three key aspects: a short documentary film, a panel discussion and a theatre workshop. The documentary allowed the group to raise awareness and spread the message of mental health awareness to a broad public audience. Through the documentary, they were able to share personal stories from people who had issues with mental health and successfully overcame them, and share practitioners’ opinions on the issue of mental health in Bosnia and Herzegovina.

A big part of the project was ensuring that the stories they shared demonstrated the diversity of Bosnian society and they sought to include a variety of perspectives.

Another part of Invisible Topics was a panel discussion on mental health in Zenica in order to provide the space and time for the youth to openly speak about the issue of mental health, ask questions and discuss with experts. Their final subproject was a theatre workshop in Sarajevo that focused on mental health issues.

While the documentary was being produced, the group organized a panel discussion in Zenica in collaboration with the organization Naša Djeca. On this panel discussion called “invisible topics” psychologist and psychotherapist, Sedin Habibović discussed his experience in working with young people. President of Youth NGO “Naša djeca” Ernad Bihorac and a member of Children’s Parliament in Zenica, Adna Kepeš, explained problems they faced while working with children and youth on a daily basis. Around 50 people attended the panel discussion and the final conclusion was that there should be more discussions about this in the public forum.

The Humanity in Action Fellows demonstrated that art can be utilized as a tool for individuals to share and discuss sensitive topics.

Another team member organized a theater workshop in Sarajevo. The workshop’s name was “Find yourself through movement” and it was organized with the support of the organization “Psihodrama” which utilize theater workshops as therapy. Through the workshop, participants were able to open up about personal struggles easily, step by step, without using many words and freely expressing their feelings and challenges through movement, sound, touch and eventually words if they chose to.

On mental health, they explain, “The entire support system should be much stronger and our aim is to encourage youth to seek help, talk to friends, family members and professionals. Many mental health issues can be tackled through a proper support system such as therapy.”

The most challenging aspect of the project was finding people who were willing to share their personal stories and struggles with their mental health. The Fellows hope to apply to national, regional and European documentary festivals in order to increase the scope of their project. 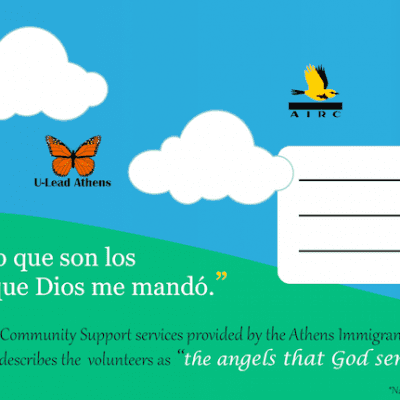