Sex education has historically been heteronormative and binary.

Even today, 40 per cent of young lesbian, gay, bi, trans, and intersex people are never taught anything about LGBTI issues at school, according to the 2017 Stonewall School Report. About 51% of trans young people (aged 11-19) have been bullied at school for being trans (Stonewall 2017). What does this mean for queer people’s lives when school is supposed to be the place that prepares you for the rest of your life? There is a direct link between a sex-education that fails to normalise queer desires, bodies, and lifestyles, and discrimination queer individuals face in their everyday life.

To give just one example, 40% of trans people have experienced at least one negative experience when accessing or trying to access public healthcare services (National LGBT Service 2018, UK).

Moreover, Nora and Pauline believe that the origin of heteronormativity and a rigid idea of binary sexuality (male/man and female/woman as the only two options for sex and gender) is directly connected to a colonial and racist past, as well as a capitalist system that renders some bodies (white, cis, ablebodied, (re-)productive…) more desirable and deserving of love than others.

This is neglected in many western LGBTI-movements, which often only represent a white and relatively privileged position. For Pauline and Nora, “queering” is a political practice that is necessarily intersectional and goes beyond sexuality and gender.

A sex-education that is not fundamentally intersectional and aware of the entanglement of different power structures will ultimately perpetuate them, which they want to work against.

“Queering” is a political practice that is necessarily intersectional and goes beyond sexuality and gender. Queering Sex-Ed is a transnational online (un)conference that looks into how knowledge about sexuality, gender, and relationships is being produced and transferred. Over three days, a wide range of speakers and facilitators debate, imagine, and experiment with how sex-education in all its forms can be more inclusive and accessible for all. Their common ground was a queer-feminist and decolonial approach to the subject, from which they could collectively shape new visions for a brighter future. The conference also served as a networking event for the speakers.

About 40 per cent of young lesbian, gay, bi, trans and intersex people are never taught anything about LGBTI issues at school. First, they created a concept outline by researching organizations and individuals already working in the field, policy and regulations regarding school systems, and their approaches to sexual education. Nora and Pauline had to write up their own positionality and find people with like-minded ideas in order to curate a space where appropriate solutions could be created. Once their own standpoint was clearer, they contacted possible speakers while working on finding and applying to funding opportunities and creating our layout design. As more and more speakers confirmed their attendance, they slowly started setting up a program, designing the different panels and workshops, and keeping in touch with the speakers. The last phase of pre-conference work was the distribution of advertising, communication with speakers, setting up the events with ticket links, zoom links, and finally, navigating social media platforms to reach as many people they could in the short time span.

If you want to support this project by establishing a transnational network of sex educators as the world shifts from a location-bound education platform to an online world, click here. You can also follow their Facebook page here for updates. 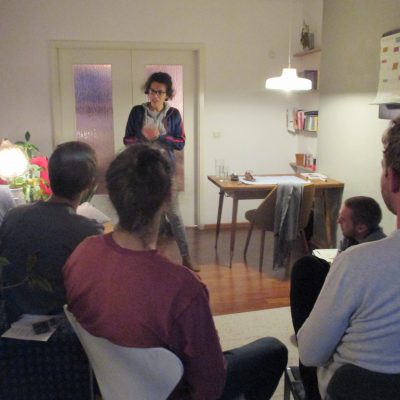 Stonewall: 50 Years Later, A Talk about the LGBTQ Community in the U.S. and Perú 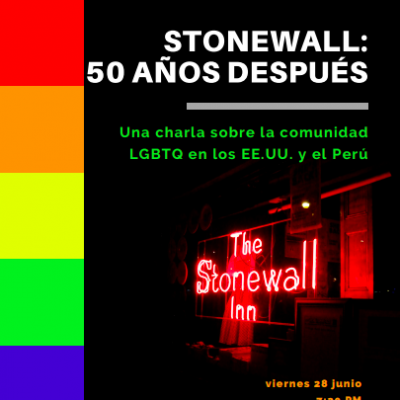 A presentation and open discussion about the struggle, then and now, for LGBTQ rights and acceptance in Trujillo, Perú.