Voices in the Void is the first part of Humanity in Action’s new animated documentary film trilogy TRACES-Portraits of Resistance, Survival and Resolve. Voices in the Void tells the story of the Melchior family in occupied Denmark in 1943 and their escape to Sweden, thanks to the assistance of their Danish compatriots, particularly clergy and fishermen.

Pushed to the brink, theirs is a story of rescue, return, and compassion. The 14-year-old son, Bent Melchior, later became Chief Rabbi of Denmark. He narrates his own story along with the Danish actress Ina-Miriam Rosenbaum. This animation gives a new kind of visual life to this important chapter of history, bringing it to new generations.

Seventy-five years after the fall of Nazi Germany, academics, intellectuals, artists, and everyday people continue to grapple with the immensity of the Shoah. This film illuminates profound contrasts that remain unresolved inhuman nature: lightness and darkness, beauty and evil, and the humanity that is inherent in both. Stark images of death camps in Eastern Europe underscore the deep void of the six million souls lost. Yet, fleeting moments of bravery and generosity, demonstrated by Danish resistance leaders, rescuers and Jewish survivors, remind us of our capacity for courage and compassion even under the most harrowing circumstances.

Voices in the Void brings those moments to life. Despite the existential risks, thousands of Danes refused to abandon their Jewish neighbors. Later on, many expressed that they did not view themselves as heroes, but rather as regular people who did what they had to do. Their stories resonate today as we need to look to those who will protect the vulnerable and provide examples of decency, dignity, and courage.

Organize a screening of Voices in the Void

Voices in the Void was selected for the 10th annual American Documentary and Animation Film Festival, which ran from March 26 through April 4, 2021. Teddy Grouya, the festival’s director, chose Voices in the Void as one of eight films he recommends to viewers.

Humanity in Action’s new animated documentary trilogy TRACES-Portraits of Resistance, Survival and Resolve includes the films Voices in the Void, Two Trees in Jerusalem and My Father’s War.

Voices in the Void on IMDB 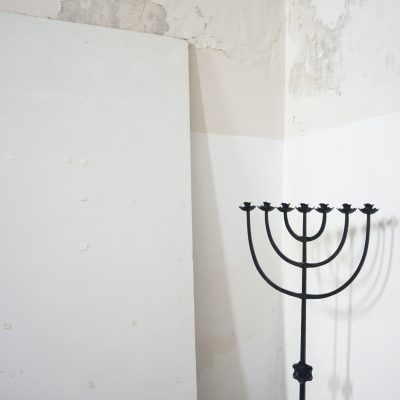 We are thrilled to announce that our animated short film "Voices in the Void" is an official selection for the Hayah International Short Film Festival of Panama. This year, the program was available in person in the Cinépolis El Dorado theater in Panama.