Anne Katrine Ebbesen is a senior Fellow, Human Rights and Lantos Congressional Fellow, and Humanity in Action Denmark’s ombudsperson. She is the previous project manager of the Christian Migrant Network under the Evangelical Lutheran Church in Denmark. Anne Katrine has written the following analysis for the Danish Daily Newspaper Information on the Danish Church’s moral responsibility to protect asylum seekers. The article was featured  on October 13, 2021 (se link below for the original article in Danish).

A historically neutral national church in Denmark is changing its tone as 1000 representatives speak out in unison against the government’s forced mass deportation of Syrian refugees. But why now, after years of increasingly harsh immigration policies?

Not since the persecution of Jews in 1943 has the Danish Church collectively raised its voice against injustice this way, when 10 bishops signed a direct appeal to the Danish public to protect its Jewish population, due for immediate extermination by the Nazi occupation. 78 years later, the church once again takes a visible and vocal stance, but it might be too late. Directly appealing to the government and parliament, the letter sets a confrontational tone, cementing credibility in their personal and professional relationships with asylum seekers. No accusations are dubious and no Nazi-era comparison is off the table;

” There was a fear that Denmark should be overrun by Jewish refugees and that they were too “foreign in nature” compared to Danes. Most were sent back because they were not politically persecuted. We now know how they fared. We do not like to remember and talk about that. We would rather talk about the rescue of the Danish Jews.”

Three of the co-signers and authors are bishops. This is unusual in a country where the church and bishops’ salaries are state sponsored. So it seems reasonable to delve into why it took six years and a mass deportation to get the church to finally speak out.

3.771 fleeing refugees drowned at the height of the refugee crisis in 2015. During this time the Danish government was notoriously hard line on asylum policies. Consequently, crowds of migrants purposefully walked through Denmark and on to Sweden, for higher chances of a humane and successful asylum process. Danish ministers doubled down despite this and despite the escalating Syrian war, spending almost €34,000 on ad-space in four Lebanese newspapers to sternly warn refugees to stay away from Denmark. Yet the Danish Church remained silent. So why is it now sticking its neck out for a decidedly political cause?

Arguably the state church is nudged on two fronts; First the new moral political consciousness in the form of Sustainable Development Goals. And second, the new standards of activism that other “folk” churches are setting in Europe. Both leave little space for passivity, from a state institution founded on the core principle of “loving thy neighbor”.

Criticism from outside observers is becoming banal when it comes to Danish immigration policies. From the infamous 2016 “jewellery law” which prompts border security and police to seize the valuables of newly arrived asylum seekers, to the recent critique this year from UN Special Rapporteur Fionnuala Ní Aoláin about Denmark’s abandoning children in dangerous ISIS camps, hostility seems to be the new norm, on Denmark’s asylum agenda.

Discrimination and racism where among key themes when Denmark was examined by UN Human Rights OHCR recently. Specifically referenced are the controversial “Ghetto law package” as well as the outsourcing of asylum seeker processing, to centres in Rwanda.

Echoing this criticism, the bad reviews continue to mount this month, as Denmark received a scheduled evaluation of its work on the UN Sustainable Development Goals. In the report Denmark’s isolationism was a key point:

“We have seen an overall tendency towards a silo mentality in Denmark’s implementation of the SDGs, especially in the separation between the national implementation of the SDGs (through the national action plan) on the one hand, and Denmark’s international contribution to the SDGs (through the strategy for development cooperation and humanitarian actions).”

Are these international hits breaking the final straw of the moral back of the Danish church? The Danish Church’s letter directly mentions human rights governing bodies, yet seems focused on defining Denmark’s historical identity as exceptional nonetheless. Quoting a popular previous prime minister, the letter anchors a moral core to Denmark’s identity:

“As Anker Jørgensen once said: “There are some sacred things that a party must not give up. One must rather take a defeat than succumb to racism and the xenophobic currents of the time ”. We think this quote should apply to all parties in a democracy.”

The current failure of these sacred things in Danish society is the letter’s main focal point and if international pressure did not spark this introspection in the Danish Church, then perhaps insecurity did. In the shadows of other churches in Europe, the Danish Church lacks the political agency that is helping its neighbours evolve.

Comparing the Danish Church to its louder neighbours

Having an official state religion is rare in Europe, as most countries maintain a separation of church and state. In fact, Denmark only shares this trait with Greece, Malta and until 2000, Sweden. Though state sponsored Christianity is subsiding in Europe, church engagement is not. Far from it. Most official denominations keep each other updated in federations like the World Council of Churches and Conference of European Churches. Despite its membership in these and other church forums that are focused on global moral crises, few churches have as hard a time translating scripture into moral action when it comes to asylum seekers as Denmark.

Germany, with a very similar protestant history to Denmark, is not just raising concerns about refugee treatment but actually doing something practical about it. Purchasing a rescue ship in 2020 and naming it Sea-watch, the Evangelical Church in Germany set sail from Spain in August to help migrants and asylum seekers attempting to cross the Mediterranean Sea into Europe. Almost 25% of Germans are members of said church outnumbering its Danish sister church with almost 16 mio members.

Another neighbour, Svenska Kyrkan (The Lutheran Church in Sweden), maintains almost 6 million members, or 55% of the population despite severing ties to the state back in 2000. Taking an opposite approach to Denmark about the influx of Syrian refugees in 2015, Sweden opened up its borders. Its church was by no means passive either and eight out of ten Church of Sweden congregations helped asylum seekers during the refugee crisis in 2015 and 2016 (according to an internal report). Leading the church, Archbishop Antje Jackelén, remains vocal to this day about how helping asylum seekers is among the central tenets of Christianity. In keeping with its progressive development, the Swedish Lutheran Church has recently declared itself trans-inclusive (in their “Personligt brev til dig, der er trans”) and publicly questioned the binary masculine definition of God.

Unlike its Swedish counterpart the Danish Lutheran Church does not have the benefit of an archbishop to fall back on, if coming out of the politically moral closet too quickly results in bumping into the frame on the way out. However very much like Sweden, Denmark has an increasingly politically engaged youth and they might want a stronger leadership. If not from an archbishop, then seemingly from a louder, more progressive church leadership.

Speaking up to survive the future

While bleeding members every year, the Danish Church is on a rare path of self-reflection. Famous for being progressive in practice on all other issues than migration, the Danish church has mirrored the public support of female clergy members and gay marriage but there has been no definitive majority denouncement of racism and immigration policy until now. The letter ends in a call to action. Or rather a call to steer the story of Denmark back to one of morality and humanity:

“What should our descendants remember and tell about us in 75 years, in 100 years? What stories about Denmark and the Danish people will live on in the memory of the Syrian families whose homes disappeared during war and terror…”

Whether the reason for speaking up is international SDG pressure, higher activism-standards from neighbour churches or the ongoing decline in church memberships, it raises the question now of whether this letter of protest is too little too late? With a yearly budget of almost 1.2 billion euros (8.7 billion DKK) the Danish church is richer than ever in operations costs, and a considerable part of the budget is awarded to new

projects. The Christian Migrant Network, of which I am the previous project manager of, is one of these projects. A migration policy project within the Danish State Church. Funding for the project began in 2015 but other than minor internal changes to accommodate asylum seekers in the Danish Church, the project has been kept on a short leash on asylum policies. However the leash has to come off altogether, for the church to live up to the so-called “Christian values” that are being replaced by a new wave of sustainable human rights.

This signed letter of protest is a whispered challenge against the deafening quiet of the church but signatures mean very little if they are not ratified through action. If countries can be held to higher humanity standards by human rights and SDGs than by churches who base their existence on morality and “what would Jesus do?”-mantras, then churches will be replaced as the moral foundations they see themselves as. To survive a future filled with more global crises than ever, the Danish church needs to do much more than speak up. It needs to re-examine whether a moral identity can ever survive without action. 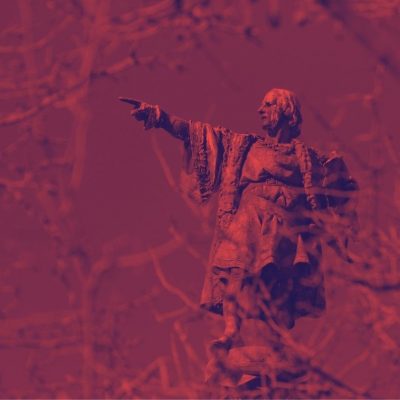 2021 Copenhagen Fellow, Carla Florio, has written an article on the issues regarding Colombus Day published in the Postcolonial.

COVID-19: A Smokescreen for Homophobia 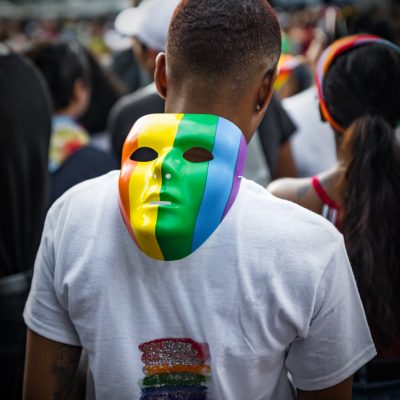 Senior Fellow Tanja Dittfeld writes on how the LGBTQ+ community in Uganda is being targeted during the COVID-19 pandemic. 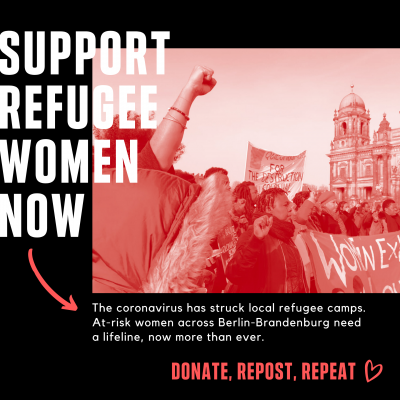 COVID-19 has hit refugee camps in Berlin-Brandenburg and conditions there are worsening. To support Women in Exile e.V., Senior Masha Burina is raising funds for the organization to continue their critical health, legal and advocacy services to refugee women in the region.