On the first day of the 2022 International Fellowship, Humanity in Action Founder and Executive Director Judith Goldstein began the program with opening remarks, discussing the critical issues that the 2022 cohort faces during this Fellowship year. Executive Director Goldstein presented the issues facing liberal democracy today – from Russia’s war in Ukraine to rising fascism both in the US and in Europe – with both a historical perspective and a call to action to this year’s Fellows, urging them to remain vigilant and hopeful in the struggle for democracy, freedom, and justice. Her full remarks are available below.

Welcome all to this 2022 program. What a time to dig into critical issues of our times. In just a few minutes you will hear a panel discussion on hope.  I trust that it will make you hopeful but I fear that I may start off on a somewhat disturbing but not fatalistic note given the world we are living in. In this fellowship program, we are tackling the big issues through an international lens in the opening days. We will then shift mainly to national perspectives which, sadly, may not necessarily offer more positive considerations. At the moment, from the American perspective, it is hard to stand on firm democratic grounds.

In this regard let me share the link to Prof Carol Anderson’s amazing talk in Amsterdam at the John Adams Institute a few weeks ago. Anderson, among many others, points to valuable tools to work with and people who are extraordinary in navigating, for the best, this very troubled world: those individuals and organizations who give us hope.

After Anderson, let me begin with James Baldwin, the great American novelist and essayist. Incised on a gorgeous stone wall of the African American Museum of History and Culture in Washington, DC are the following Baldwin words: “The great force of history comes from the fact that we carry it within us, are unconsciously controlled by it… history is literally present in all that we do.” So what histories do we carry within us? I would suggest in this collective transatlantic gathering that we are all heirs to historical facts and forces that we are still sorting out. But the big themes are clear: colonialism; World War II and the Holocaust; the development and salience of human rights principles; the seeming triumph of democratic beliefs and practices after 1989; and now the reversals and continued testing of those ideals in so many nations.

Let me suggest that racism is at the heart of so much of that history and the challenges we face today. Racism exists — past and present. Race does not. It was accepted as truth in the past — the mean to differentiate individuals and groups — but as a concept of stringent hierarchy, it is null and void in the present among those who believe in reason. What a strange contradiction! We have to understand a powerful concept that was invented, permeated societies, but doesn’t hold validity any longer. Race was a driving force at the heart of European and American colonialism; the ghastly power of aggression in the wars in the 1930s and 1940s; an ever present aspect of post war recovery through the Marshall Plan and development of the European Union; moral reconciliation with a genocidal past; and the European investment in democratic aspirations and human rights. And now the war in Ukraine.

The roots of colonialism and the Holocaust were developed through racial categories and hierarchies which entitled and enriched those considered superior— white, male, Christian — and degraded and disempowered those thrust to the bottom of society — Blacks in the colonies and America, European Jews, and indigenous peoples on both continents. In the States, we continue to carry the legacy of exploitation, deprivations and deaths from slavery, segregation, unequal access and distribution of social, political, economic and environmental resources. In Europe we live with the legacy of the near annihilation of European Jewish populations, community and culture. Today, racism, in both its obvious and hidden manifestations, is tearing America apart in its attempt to reconcile with its democratic aspirations. Today, racism is damaging European aspirations for democratic societies since democracy demands acceptance of pluralistic societies.

I would suggest that European countries thought that post-Holocaust and post-decolonization there would be no racial problems on the continent. Labor needs and migrations have changed all that. Nor are we finished with colonialism and the testing of democracy with Putin’s war in Ukraine. Unable to accept an independent modern Ukraine, he invokes the religion of Russian fascist domination. Timothy Snyder, the Yale-based historian of what he called the bloodlands of Eastern Europe, recently wrote an article in the NY Times: “Why it Matters that Russia is Fascist.” He cites the decline of democracies and the stakes of the war in Ukraine. “Fascist battlefield victories would confirm that might makes right, that reason is for the losers, that democracies must fail.”

Europe is resisting and recognizing Ukraine as the frontline of a war against the human rights and democratic values of the so-called West. But in this battle, there are repercussions of racial tensions as white Ukrainians have access to Western support and integration while clearly immigrants from the Middle East and Africa are kept far away from European borders. Within so many European societies racism prevents the healthy development of pluralistic societies.

None of this review of past and present lends itself to hope. Nonetheless, there are many reasons to be hopeful especially in terms of what resistance means. The origins of the Humanity in Action network and pedagogy is in hope — hope that education about the past and engagement in democratic enhancement and respect for fulfilling human rights is our obligation and imperative.

This is why we are meeting today and for the next few weeks.

As we speak we must recognize that some of our Fellows are on the front line. Last week in Amsterdam on Africa Day, right wing demonstrators hosted racist words and symbols. A group of counter-protestors in support of Africa Day appeared, including several Fellows. They were attacked by the police, arrested and put in jail for 5 hours. They recently published a letter in a major Dutch newspaper, to the Mayor of Amsterdam addressing the event:

“Saturday was a textbook example of a series of questionable decisions (by the mayor and the police) that showed how our capital city struggles with a completely misguided idea of how to combat racism and hatred. The string of decisions starts with giving far-right groups the central stage in Amsterdam, giving space for intimidating displays of hatred and racism. Next comes the decision to dissolve the peaceful counter-demonstration. Then the decision to chase, surround, arrest counter-demonstrators that had already disbanded, an arrest made by plainclothes police, rather than uniformed police. And finally, the decision to hold the protesters as criminals for hours (fingerprints, photos, body search). All of these decisions could have been made differently, including within the framework of the law.

Madam Mayor, the Amsterdammers you had arrested on Saturday form the diversity of the city. They are Jewish, LGBTQI+, descendants of resistance fighters, citizens concerned about increasing hatred in the city. Together they act as a collective called Mokum against Fascism. They are the same people you invite to speak at tolerance conferences, official coalitions against racism, official residence dialogues, and the voluntary testing of anti-discrimination toolkits. They are the very people who have the courage to discuss this with you, the courage to take to the streets, and the courage to speak out. You have made them criminals.

In a situation like this, many reactions are conceivable that fall within the letter of the law. Legality is not automatically justice, yet even the legality of the actions taken on Saturday is not certain. The choice to remove the counter-protesters and then detain them for hours directly and indirectly fosters extreme right-wing elements in our society. Silencing the voices of peaceful activists who dare to protest against intolerance and white supremacy is inexcusable. Your choices encourage precisely those elements that fuel intolerance in Amsterdam. Why didn’t the city council and the administration join the counter-demonstration?

Ultimately, Amsterdam’s leadership will be judged by its actions, not its apologies.”

These courageous counter-protesters, this stunning letter and their continued commitment to resist is what provides hope. So does Carol Anderson in her final words in Amsterdam. Never cede power, she said, and never give up without a fight for democracy. 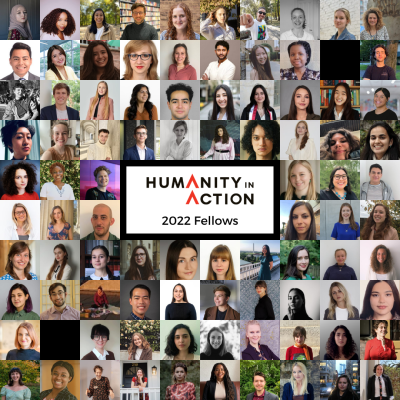 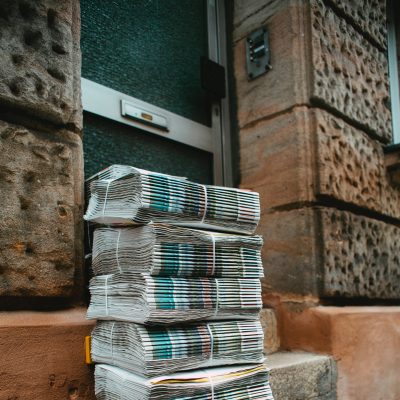 Landecker Fellow Jelle Zijlstra is one of the authors of the open letter sent to Amsterdam Mayor Femke Halsema in a follow-up to their arrest during a peaceful counter demonstration against a Neo-Nazi group.