“My strongest memory around the feeling of democratisation is growing up in Kenya as a Somali refugee and realising that if my native country had upheld democracy, my family and millions of Somalis would not be displaced.”

Landecker Democracy Fellow Farah’s project will be divided into three tiers; a series of personal stories from the refugee community. She is currently in touch with many members from the community, who are ready to go on the record, and share their personal stories.

When Farah started her career as a journalist and a storyteller seven years ago, she asked herself a very important question: “Whom do I write for?”

She determined that she should write for all readers, but with a primary interest in representing the complex–yet universal–experience of refugees. She chose to do this because the media representation of the global refugee community is one that is carved out of derivative clichés crammed with pirates, warlords, terrorists, passive women, and girls whose entire existence seems to be nothing more than a footnote on the primitive dangers of female genital mutilation.

Farah writes because she wants to give a long-overdue voice to a community that has experienced a tremendous array of challenges, but which constantly face these challenges with the most wicked sense of humor, humility, and dignity.

Farah will focus on the diversity and intersectionality of the community. She will interview and write about LGBTQI+ refugees, refugees who are living with disabilities, unaccompanied minors, and women. Apart from the monthly blogs, columns, and articles, she will conceptualize and implement new workshop answering: why democracy cannot live up to its true definition, if marginalized communities are left behind? The workshop will complement the first part of the project.

From refugees, to women, to the LGBTQI+ community, Farah believes that this will be a small step forward in our fight for an equal society.

The aim of the workshop will be to strengthen the democratic competence of the participants, and to make the case for why diversity and inclusion are critical ingredients for a vibrant democracy. She will then present the workshop to high schools, colleges, and universities in the hopes of teaching their students–the next generation of leaders.

These three components will highlight and address the root problems of misinformation about marginalized communities. From refugees, to women, to the LGBTQI+ community, Farah believes that this will be a small step forward in our fight for an equal society, which will in turn boost social cohesion.

The online dissemination of Farah’s project will reach a wide and diverse target audience. Refugees, and the various intersections within our community, will most benefit from this project because they will have a chance to tell their stories directly to the public. 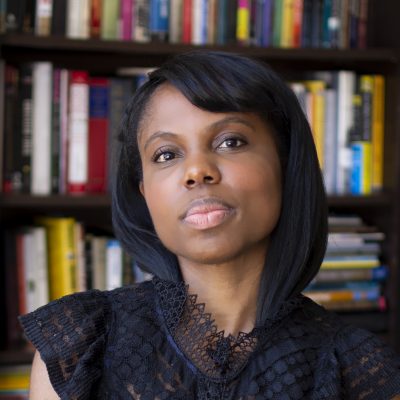