The Netherlands does not observe a national holiday that encourages its population to reflect on discrimination, social justice, and human rights. Recognizing the importance of such reflection, Humanity in Action The Netherlands organized its own Martin Luther King Day, a reference to the public holiday in the United States that celebrates the activism of Dr. King. Senior Fellows Ufuk Kâhya, Bertine Moenaff, and Cor van der Leemputten were inspired by Dr. King’s ‘I Have a Dream’ speech, in which he famously stated:

“I have a dream that my four little children will one day live in a nation where they will not be judged by the color of their skin, but by the content of their character.”

Ufuk, Bertine, and Cor wanted to expand Humanity in Action The Netherlands’ preexisting project to include using the lens of Dr. King’s legacy to view contemporary challenges in Dutch society and drawing inspiration from his work as a leader of the American civil rights movement.

To identify the ways that Dr. King’s famous words and work as a civil right activist could be applied to contemporary challenges in Dutch society, Ufuk, Bertine ,and Cor volunteered to help expand Humanity in Action The Netherlands’ Martin Luther King Day. They wanted to develop a project that takes Dr. King’s legacy and the civil rights movement as a starting point and draws inspiration and lessons by debating the ‘State of the Dream.’

The Senior Fellows began by reaching out to the event venue De Balie in Amsterdam, who agreed to host the event. Ufuk, Bertine, and Cor then invited inspiring and critical speakers to create awareness among the public about current challenges of justice and equality in the Netherlands. The Senior Fellows also invited De Gospelfabriek Music, a gospel choir, to perform at the end of the event. Once all the logistics were in place, the event was advertised through De Balie’s website and social media outlets. The speakers included Randy Berry, the Consul General from the United States Consulate and Kathalijne Buitenwegs, from the Netherlands Institute for Human Rights.

It was very important to the Senior Fellows that the event speakers discussed how Dr. King’s legacy served as a personal source of inspiration, and how his form of activism influenced their own actions.

The speakers gave many examples of connections between Dr. King’s legacy/activism and contemporary challenges in Dutch society. Karel Smouter, a journalist and former activist, discussed refugees who come to the Netherlands seeking a new, safe life, but who are stuck in the legal process without assistance by the government. In response, a church group and volunteers took care of the refugees, which drew criticism for giving the refugees false hope. Karel was encouraged by the thought that people must have said the same about Dr. King’s work, the ultimate goals of which seemed impossible to many.

Another speaker, historian and publicist Zihni Ozdil, discussed racism in modern Dutch society, with a reference to the movement against the holiday blackface character Black Pete. Those who protest the continued use of this character for entertainment are being ridiculed and demonized as radicals; in his time, Dr. King was also called a radical who ‘went too far.’ Zihni emphasized that what is once considered ‘radical’ can later be viewed as “being on the right side of history.”

Shirin Musa, activist of the organization Femmes for Freedom, shared the inspiration she gained from one of Dr. King’s quotes:

“In the end, we will remember not the words of our enemies, but the silence of our friends.”

Shirin discussed the importance of speaking out when you see injustice, which, in her work, translates to actively helping women in the Netherlands fight for their rights as independent human beings who are not silenced as a result of their sex, gender, or marital status.

Martin Luther King Day was a huge success with close to 150 people in attendance. The audience included friends and colleagues of the Senior Fellows and the speakers, as well as students, journalists, and activists. Ufuk, Bertine, and Cor learned that the success of their event was in large part due to the variety of critical speakers.

The topics addressed during the event were so engaging and inspiring that many of the participants continued to discuss and debate the issues even after the event had ended.

The Senior Fellows had attended many conferences and events before organizing Martin Luther King Day, and they knew that too much repetition and overlap can bore the audience and detract from the importance of the issues being discussed. They encourage others to put a lot of thought into choosing speakers for an event, and to focus on what different perspectives and experience each speaker adds to the conversation.

One element that was absent from the event was a question and answer session at the conclusion of the program. The Senior Fellows regret not having planned the day to leave enough time at the end for this session, as they believe it is very important to allow a chance for reflection and interaction between all the event participants.

This project cost $300, all of which was provided by Humanity in Action The Netherlands. This money was used to purchase thank you gifts, food, and drinks for the speakers and the choir, as well as a small contribution to the choir and moderator. De Balie offered its event space and two technicians for a greatly reduced price, which allowed the Senior Fellows to pay for the venue by charging only $6 per ticket. 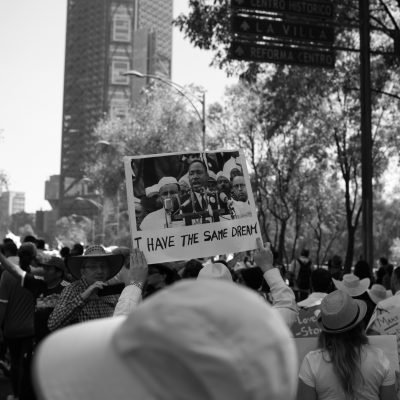 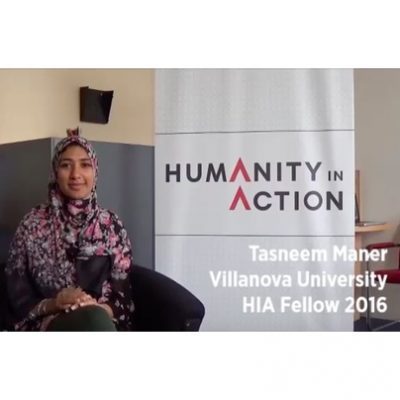