The exploration of issues pertaining to policing and racial profiling has been inextricably linked with Humanity in Action’s commitment to human dignity, as evident by the successful implementation of Action Projects in the field of black activism and policing, e.g. “Reclaiming the Body Liberating the Mind: 21st century Black Activism” and “Stop le Contrôle au Faciès”. When it comes to Detroit, where the 1967 rebellion was sparked by the police raid on a “blind pig”, racial tensions between the police and African American citizens are pivotal to comprehending the city’s history. Even nowadays, according to the Detroit Metropolitan Area Communities Study, most Detroiters agree that there is a national pattern of police violence against African American men, and they also see racial disparities in the use of deadly force by police at the local level.

To shed light on policing as today’s topic, the HIA Detroit Fellows were hosted by the Charles H. Wright Museum of African American History, whose mission is to open minds and change lives through the exploration and celebration of African American history and culture. Our first speaker, Charles Ferrell (Vice-President, Public Programs, Charles H. Wright Museum) commenced by illustrating the responsibility that museums bear, given that most Americans consider them educational, often even more trustworthy than traditional sources of information.

To fulfil that responsibility, the museum’s educational and cultural programming features a plethora of events; from concerts and film screenings to lectures and Millennial Conversations. Part of the last is the event “The Kerner Report: 50 Years Later”, during which our 2018 cohort will present insights on current housing, unemployment, education and policing issues in Detroit. Mr. Ferrell brought with him a range of suggested books to underline that the constant acquisition of knowledge along with the employment of diverse thinking can shape the path for informed activism. The significance that he attributed to independent thinking resonated deeply with me and my background in Philosophy. During the course of this Fellowship I came to appreciate how important — but also how laborious — it is for us as individuals in group settings to challenge our viewpoints, commit to reasonable argumentation and combine learning from speakers and/or other Fellows with retaining a critical lens towards their opinions.

Our next speaker, Jeffrey Edison (Attorney) provided a historical account of police brutality against African Americans in the US, tracing back to the era of slavery and the need to control enslaved African Americans. Crucial to this enlightening session was the contradiction arising when those who supposedly protect and serve the community as a whole are instead constraining groups of it. Apart from the physical threat it poses, this culture of terror has profound psychological impact on the community.

Moreover, Mr. Edison explained the abuse of discretion and legal tools by the enforcing authorities against poor and black people, which implies the permeation of classism and racism within the police. Motivated by this comment, I approached him after his speech and asked his opinion on possible improvements of the judicial system in the US. During our conversation, Mr. Edison highlighted the value of a comparative perspective, meaning that the American judicial system would highly benefit from practices of decriminalization and decreased penalization found in European countries. As he stated, it is essential for activists, lawyers and lawmakers to approach this situation as a human rights issue and address it with the support of the international human rights law e.g. the Rome Statute of the International Criminal Court.

The topics discussed were engaging, albeit cognitively and emotionally loaded. Therefore, our schedule continued in the museum’s outdoor area, where we participated in two interactive activities. The first one enabled us to find previously unknown connections with other Fellows and visualize them by drawing lines connecting our names. Some of the responses to this activity were unexpected, others were serious or amusing, but the feeling shared within the group after the exercise was mutual; despite our differences in ideologies and backgrounds we all shared at least some common preferences or experiences.

The second activity consisted of group discussions and feedback to the Fellowship staff, so that our remainder of the Fellowship can be an experience as positive as possible for all of us. From my standpoint, these informal activities were highly valuable, for they allowed us to engage with each other beyond our academic and professional interests and most importantly to view each other as fellow humans instead of just Fellows attending lectures together. In that sense, the empathetic atmosphere nurtured by these exercises was well aligned with the day’s topic of police brutality, as a phenomenon occurring when the police fail to recognize and thus respect the innate humanity of all people.

Following these activities, Monique Stanton (President/CEO, Care of Southeastern Michigan) and Darryl Dewberry (President/CEO, Abundant Community Recovery Services Inc.) offered an analysis of the opioid crisis in the US. Using plain but accurate words they introduced us to the problem and the recovery-oriented system of care as their suggested way of treatment. As had previously appeared in other discussions, they zeroed in on the importance of meeting their beneficiaries where they are; establishing relationships with them in a non-judgemental environment and trying to understand their needs and desires.

The day ended with a Group Discussion, facilitated by 2018 Fellows Ada Rachfalska and Sharon Villagran. One of the issues debated during the discussion was the acceptability and/or desirability of using graphic imagery, particularly the bodies of black people killed by the police. According to some Fellows, this could prove (re)traumatizing, while for others it could serve as a mobilizing practice to shake the audience into addressing the issue.

Overall, it was a day that granted us with intense intellectual stimuli but equally fostered our emotional and social growth; it was, in other words, a true HIA day. And while I appreciate the opportunity to multifariously grow within the safe space afforded by the Fellowship, I try to remind myself that unfortunately this is not how things usually work in our society. In ordinary settings “group expectations” tend to not be taken into consideration and terms or theoretical constructs prove to be ineffective when addressing real challenges. Consequently, changing the course requires a shift from “phronesis” to “praxis”, it requires caring enough so that not only we become attentive to the manifold causes of a problem but also take actions towards directly facing them. 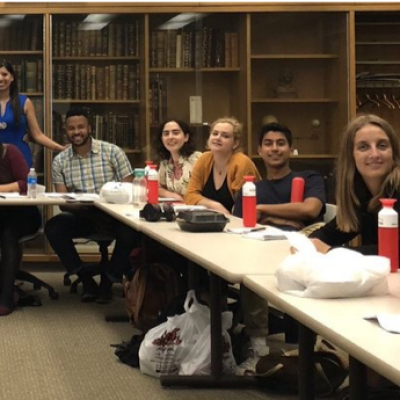 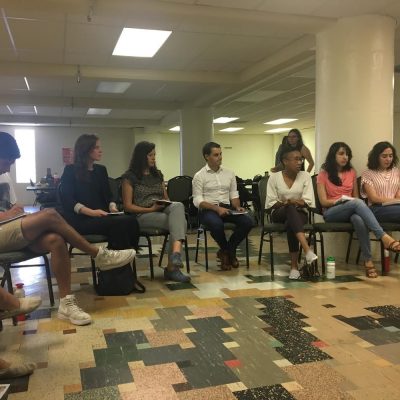 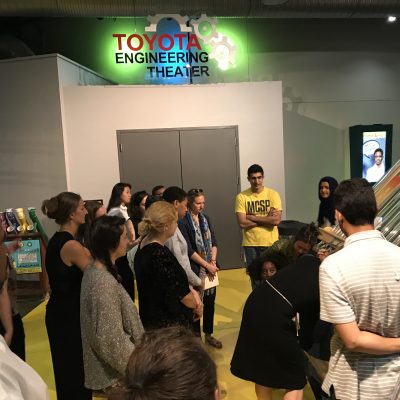