Getting Oriented: In the City and In the Group

The first day of my Humanity in Action Fellowship in Detroit has left me eager for the next twenty-six days. We started the day with introductions which provoked insightful perceptions of wherever we call “home”. Moving forward, we dove into the city of Detroit. Although I grew up about forty minutes outside of Detroit in the suburbs of Macomb, I saw and learned just as much as a Fellow who had never seen the city. Lastly, we discussed the interpersonal dynamics of group.

Our bus tour began at Woodward Avenue, which is the North-South road dividing the East and West sides. I had mostly ever known Woodward Avenue by the local Christmas song “Christmas Eve on Woodward Avenue” by Karen Newman. We then drove past the museums and through the Boston-Edison neighborhood where Mr. Adam Hollier joined us to share his knowledge about his neighborhood.

It was jarring to see so many abandoned houses and vacant lots in contrast with stunning mansions in the Boston-Edison district. Personally, I had no idea that these luxurious and decadent houses existed in Detroit, mostly because the most commonly known face of the city is that of poverty and desolation. That being said, our tour guide Prof. Eric Dueweke told us that of Detroit’s 139 square miles (360 square kilometers), 22 square miles (57 square kilometers) are vacant land. Even in neighborhoods that did not appear to be abandoned, whose houses looked to be in decent shape, several plots of land between the houses were open grass where an old house was torn down and removed.

Later on, we walked into the lobby of the historic Fisher Building, stopped in front of the Michigan Central Depot train station, went into the Guardian Building, and walked around Campus Martius.

My favorite part of the day was after the bus tour. Sylwia led us in a group activity called Understanding How We Communicate. She asked our group a question with two answers, and we had to stand on one side of a dividing line depending on our answers. The questions included:

A.) Get straight to the point when presenting my arguments or

B.) Offer indirect suggestions rather than explicit recommendations

This indicated if we were direct or indirect communicators. After the first half, we switched the dividing line to a different axis and responded to questions such as:

A.) Make sure to control strong emotions

B.) Openly express my frustrations and anger

It was fascinating to see how we were distributed, but it was even more interesting to realize that my quadrant had so much in common! As a group, we came up with descriptions, a catchphrase that we are likely to say in a conflict, and tips or ways to approach us during conflict. No matter which quadrant we were in, I’m sure we were all shouting, “Oh, I say that all the time!” or “YES, that is SO me!” The best part was that the quadrant diagonal to ours was somewhat “opposite” to us, so as a direct and emotionally restrained communicator, my opposite group was indirect and expressive.

Our tips fit like a puzzle — ”Don’t worry about offending me” in contrast to “Don’t take it personally”, and “Tell me what you’re thinking (a softer way of saying “get to the point”) in contrast to “Don’t be too pushy”, or “Don’t get angry at me for being emotionally expressive”. My group concluded with the motto of “Let’s agree to disagree”, which ironically started an enthusiastic disagreement between us and the direct and expressive group. They directly expressed that they hate that phrase and tried to convince us why it’s dismissive and ineffective. Meanwhile, we were not convinced. Sidenote: three of us, including myself, are Scorpios, if you follow anything about astrology.

So far we have a broad overview of the city and a broad understanding of the group, yet I already feel like we’ve started to get into the nitty-gritty of Detroit and the interpersonal relations. A great aspect of this program that I’ve already experienced is that in addition to the content and location, HIA encourages us to learn about ourselves and each other. 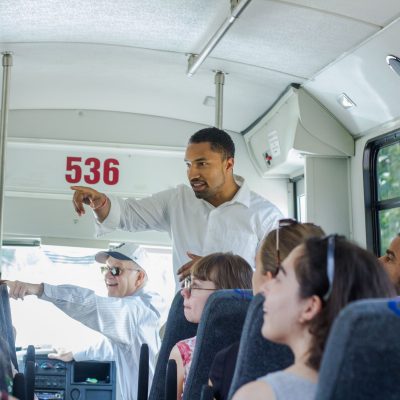 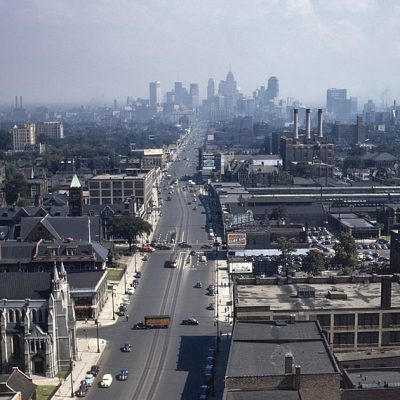 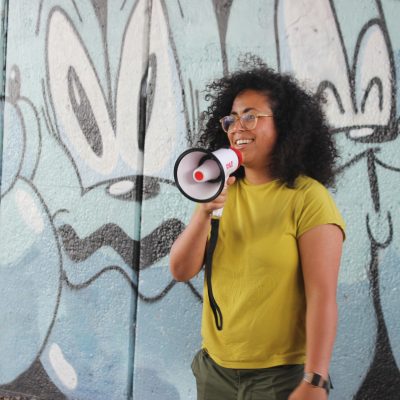