The Catch-22 of Migration Decision-Making in West Africa

At the beginning of the year I wrote a piece about a recent increase in migrants using the so-called Atlantic route. This refers to migrant departures from Africa’s Atlantic coast– Gambia, Senegal, Mauritania, Morocco– with the intended destination of the Canary Islands, a group of Spanish islands off the coast of Morocco. In the process of putting this piece together, I scanned a lot of Senegalese news sources, and several recent articles in the Senegalese media which referred to this journey as “suicide” caught my eye:

Nevertheless, the use of this term stood out to me because in the course of other reading and research I was undertaking simultaneously, I was running into quotes such as the following:

“There is so much suffering here,” says David. “Yeah, we could die along the way– but here we’ll die for sure.”–  Prospective Nigerian migrant

“Actually they don’t care, when you tell them not to come here because it’s dangerous, they reply that it’s better to die at sea than to end up dead in Mali.”– Malian diaspora member in Italy

While it is possible that the people quoted here were talking about actual physical death, I suspect that they were referring to a more metaphorical death, one in which a person isn’t able to meet their basic needs or be seen as a full member of their community, and thus are existing in a state that they don’t consider to be fully living. In the course of my work researching migration in West Africa, I run into quotes or descriptions such as the above on a regular basis. If prospective migrants are considering it suicide to stay behind, even in light of the dangers of irregular migration journeys, what does this mean for our understanding of migration decision-making?

As I have been considering this question, I recently began to wonder if the term “social death” can be usefully applied to the condition that (prospective) migrants may find themselves in if they are not able to realize their migration aspirations. At the moment my starting point for this reflection is a 2015 paper by Jana Králová entitled “What is social death?”  Králová begins to develop a conceptual framework for the term, which she finds previously to have been applied across academic disciplines too “loosely.” She lays out three key characteristics of the concept: “loss of social identity, of social connectedness and those losses associated with the disintegration of the body.” She goes on to argue that the term “social death” should most properly be applied in cases “in which the majority or all of its facets are severely compromised and/or lost.”

“Actually they don’t care, when you tell them not to come here because it’s dangerous, they reply that it’s better to die at sea than to end up dead in Mali.”– Malian diaspora member in Italy

However, she also notes that “because human beings are inherently social, losing meaningful social connections and roles are likely to be devastating.” She raises the question as to whether ‘social death’ can then be used to denote “the opposite of ‘well-being’”, and in doing so brings in the concepts of ‘social vitality’ and ‘well-being,’ drawing on previous work from scholars Card and Haller and Hadler, respectively. Card emphasizes the importance of relationships and social institutions providing “meaning and shape to our lives,” and suggests that losing these connections diminishes social vitality. Haller and Hadler propose that “happiness and satisfaction must be understood as the outcome of an interaction process between individual characteristics and aspirations on the one side, and social relations and macrosocial structures on the other side,” underscoring the importance of “basic social relations and personal networks,” “sociocultural integration,” “occupational achievements and social status,” and “societal and political structures and institutions.”

In order to gauge the applicability of the concept of “social death” to migration decision-making in West Africa, it is helpful to understand some of the socio-cultural imperatives towards migration in the West African context. West Africa is, both now and historically, an extremely mobile region. People have engaged in circular and seasonal patterns of migration over generations, and in many places migration is deeply ingrained in the culture.

A forthcoming study undertaken by REACH in conjunction with the Mixed Migration Centre illuminates the strong influence that a so-called “culture of migration” may have on aspirations and life choices in Mali’s Kayes region. In a qualitative study which included 110 in-depth interviews, 95 out of the 109 respondents who answered indicated that they expected young male community members to migrate at some point in their lives. And, although respondents indicated awareness that migration has become more difficult, with irregular migration the only attainable option, all 110 respondents reported that young men in their communities want to migrate anyway. 65 of 110 respondents considered that a young man who did not seek to migrate would face negative consequences, primarily linked to perceptions that he is not living up to social expectations or adequately supporting his family.

While Kayes is a particularly pronounced example of a ‘culture of migration,’ social expectations and pressure to migrate are strong in many places across the region, and can manifest in a variety of ways:

The points described above are just a few of the many factors that can come into play in the complex migration decision-making process, but they hint at the importance of socio-cultural factors in influencing migration, and the expectations that can arise both internally, on the part of a prospective migrant, and externally, on the part of his or her family or community.  At the same time, they show how migration may be critical in allowing young people to fulfill important social roles and assume responsibilities that allow them to fully partake in their community life.

So, what does it mean that young people in many places in West Africa feel that they are faced with this stark choice– embark on a journey that is demonstrably dangerous– some say suicidal– or stay behind and be unable to create a fully realized, socially validated existence?

This paradigm is neatly embodied by Moustapha Kemal Kebe, the Project Manager for the Senegalese NGO REMIDEV (Réseau Migration Développement). Through his work he observes the impacts of migration and the barriers thereto on local communities. He speaks of thousands of young Senegalese who face a precarious future, either because they have university degrees without prospect of professional integration, or because they have no option but to work in the informal sector in jobs that offer little remuneration and no security. This reality exists against the backdrop of an increasingly materialistic society in which “having conditions the being”– with the social burdens this implies. According to Moustapha, most unemployed young people are somewhat excluded from decision-making bodies at family level and in society, and the state does nothing to help.  Therefore, they may consider themselves to already be “socially dead,” and thus less afraid of biological death that could result from crossing the desert or sea.

According to Moustapha, most unemployed young people are somewhat excluded from decision-making bodies at family level and in society, and the state does nothing to help.  Therefore, they may consider themselves to already be “socially dead,” and thus less afraid of biological death that could result from crossing the desert or sea.

So, what does it mean that young people in many places in West Africa feel that they are faced with this stark choice– embark on a journey that is demonstrably dangerous– some say suicidal– or stay behind and be unable to create a fully realized, socially validated existence? Is “social death” a useful or appropriate term to use to describe these situations of people who feel that they may be damned if they do (migrate), but that they are definitely damned if they don’t?

I think this is an area for further consideration, but I believe there is a strong argument to be made that the complex social factors (relationships, networks, social status etc) that relate to and influence perceptions of migration, migration aspirations and migration decision-making in West Africa are inextricably linked to conceptions of “social vitality” and/or “well-being.” And, that frustrated migration aspirations can greatly diminish these things, leading to a loss of “meaningful social connections and roles.” In her analysis of social death, Králová sees such a loss as “likely to be devastating.” I also believe that much of the migration “programming” in the region today, aimed at “raising awareness” and “addressing root causes,” does not sufficiently account for the strength of these socio-cultural factors influencing migration. At the end of the day, no matter what we call it, if young West Africans continue to feel that migration is crucial to creating a socially valuable life, the risks of an irregular journey will be outweighed by the impossibility of staying put.

Coming of Age in the Age of Migration: From Knowledge to Action 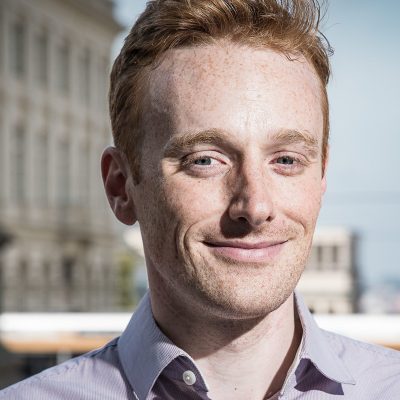 The decisions that will shape the world of tomorrow are and will be taken without any understanding of migration, because the sector has not made itself accessible and trustworthy for the rest of the world.

The First Time I was Called a Spic 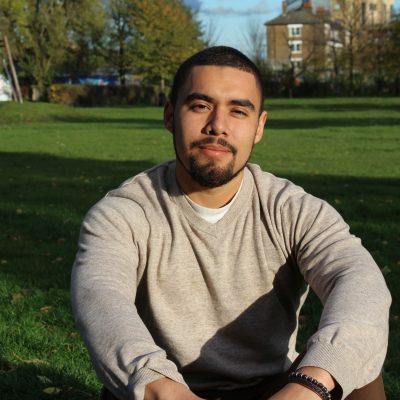 Fellow Antonio Lopez traces an incident of racism through his family's history in this poem.

Reflections from the Border 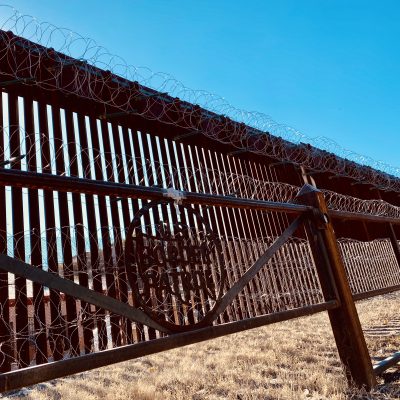 I am a Mexican-American student who was born in a small American border town known as Nogales, Arizona, but raised on the Mexican side, Nogales, Sonora. Shortly after I was born, my mother’s visa to enter the United States expired. In turn, my parents decided to raise my older brother, Jim, and I in Mexico.