I have been reflecting on the program and how I could connect the dots between everything I have learned here and who I am as a person. I am a critically thinking person with a business degree and a need for structure and having an overview. This program was intense and provided a lot of context, background and understanding for the system we live in and how to challenge it. I combined the two with a visual presentation of what social movements need to succeed. Martin Luther King Jr. said, “A social movement that moves people is merely a revolt. A movement that changes both people and institutions is a revolution”. (1) This is the introduction to my yet to be named model, that shows what is needed to create a revolution as defined by Martin Luther King Jr.

The inspiration for this model comes largely from two people in the John Lewis Fellowship: Dr. Karcheik Sims-Alvarado and Professor La’Neice Littleton

The purpose of this blueprint is for readers with an interest in social activism to be able to identify what element any social movement is in and how to proceed to the following element. The model was inspired by many of the discussions during my time as a John Lewis Fellow in Atlanta. A concrete example is that of Black Lives Matter, which some people call a movement but I would argue is only a niche at the time of publishing of this essay. This model will provide an overview and guidance for people at different stages of a successful social movement.

The inspiration for this model comes largely from two people in the John Lewis Fellowship; Dr. Karcheik Sims-Alvarado, who introduced us to her ground work in creating a blueprint for social movements. It initially looked like a 4×4 table with an overview over previous successful social movements and current ones. With her guidance, I developed this visual that encompasses her blueprint and other lessons learned from the speakers in the fellowship.

Another vital person in this process is Professor La’Neice Littleton. Although she did not see the visual before, she played an important role in helping me understand the difference between a ”niche” and a ”movement”. I am extremely grateful for their help and them sharing their wisdom with me.

Spark: The element that sparks something. It usually looks like outrage – a common example is the death or killing of someone. In the spark element, there is a mood of dissatisfaction or a feeling of injustice. Something is emerging and ”agitators” play an important role of sparking this fire. They are usually the ones that ask everyone “Do you think this is okay?” and start a spark in people. It is illustrated as a star.

Niche: This is the element of specialization; a fragment. When a niche is created, people are being mobilized. Typically, we see the first set of protests and discontent becomes collective. But a niche is too focused on one specific issue for the big change. They are challenging the status quo, but only in a highly fragmented area. The niche needs a vision in the form of a plan with x amount of points or demands in order to look at a bigger picture beyond their one focus issue. A successful niche is collaborative and wants to work with others that have a different specialization and same vision. It is illustrated as different green arrows that are either moving up or forward. They symbolize progress and green is for ”go”, but they have not joined efforts yet.

Where are you in this model?

Movement: This is the most popular stage in social movements because it goes on for the longest. At this point, there is a clear statement of what the movement wants and a clearly defined stage of dissatisfaction. All the niches have joined together for a greater cause and they start a second wave of protests. The most important part of the stage is that now people are on the streets and every single one of them can answer the question ”What do you want?”. Their activism had become advocacy. It is illustrated by an arrow symbolizing progress and a line symbolizing status quo, which is being pushed. It also has a darker green symbolizing the strength of the joint efforts of the preciously light green arrows.

Mainstream: This is the stage where the movement has successfully created change. Laws have been passed, but they need to be constantly tested, upheld and enforced. Change has been made, but needs to be checked. It is illustrated like gears working, because it is not a permanent state, rather it is a condition, where work is needed to maintain it.

This model should be the basis of the question: Where are you in this model? It can be applied to different situations. For the convenience, I have added possible places to be:

To summarize, this model serves as a blueprint to guide people that wish to challenge the status quo through a social movement. This process includes several steps that is divided into four different elements. A successful movement starts with a spark and ends with a working mainstream, but it can get there in different ways. The hope is that the model will help serve as a good guideline for identifying where a social movement is and how the social movement can proceed.

Thank you for your help, guidance and support: 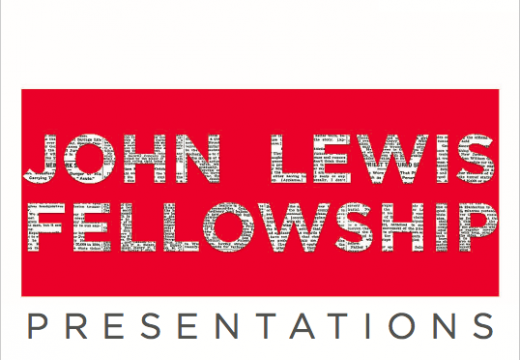