Hit vlog against hate speech on YouTube: 7 Meters Under and Humanity in Action Polska join forces!

Over half a million views of vlogs against hate speech on YouTube. Hundreds of comments and reactions! Humanity in Action Poland’s campaign in 2018 with three famous YouTubers caused quite a stir. More information (in Polish): here

On May 15th 2019, we inaugurated a spectacular continuation of our initiative in cooperation with LifeTube. Together with Rafał Gębura, a YouTuber and creator of 7 Meters Under, the leading channel on social issues, we released a unique video entitled  “And do YOU React When You Hear Such Words” (“A czy Ty reagujesz, słysząc takie słowa?”), which shows the havoc that hate speech wreaks in society, from the perspective of two people: a Muslim woman and a gay man.

This vlog, as Rafał emphasizes, “is an appeal for respect, tolerance and courage. Courage to react. Because giving license to hate speech makes us all become responsible for it. And violence generates violence.” But to change something – you need a huge response. So far the vlog has over 400 000 views and counting and it received a special award by Mastercard at  the 2019 Gala of Grand Video Awards! Watch it here and think about it. 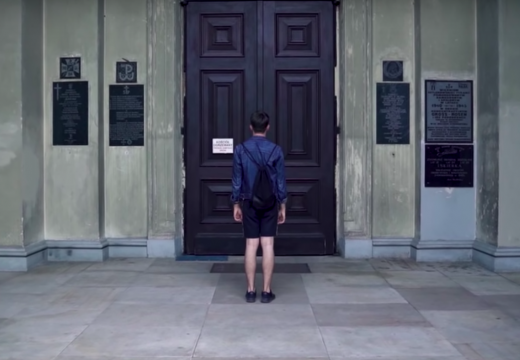 Would you react to such words?