We supported our Fellows and Senior Fellows in mobilizing first-time voters across the European Union.

In a special program focusing on current political realities in Europe, Humanity in Action and the Migration Policy Group launched the Democracy Fellowship in late 2018. Several alumni were carefully selected to work as Democracy Fellows in Belgium, Denmark, France, Germany, Greece, Italy, Netherlands, Poland and Spain on a project entitled “VoteEuropa.” The campaigns resulting from this Fellowship enabled a reach of 47 million and the engagement of 13 million young people representing a mobile, diverse and welcoming Europe.

Visit the project in Germany

democracy [noun] ​ /dɪˈmɑk·rə·si/ = the belief in freedom and equality between people, or a system of government based on this belief, in which power is either held by elected representatives or directly by the people themselves.

For four months, our Senior Fellows worked on increasing the voter turnout for the elections to the European Parliament in May 2019. The project was implemented by the Migration Policy Group (Brussels, Belgium) in cooperation with Humanity in Action.

For the 2019 European elections, efforts to get out the vote among first-time voters most likely focused on young people. This focus missed an often larger number of ‘mobile’ first-time voters. Never before have so many mobile EU citizens been living in another EU country. Plus nearly one million people naturalise as EU citizens every year.

With its EU-wide experience and networks, the Migration Policy Group (MPG) and the Democracy Fellows used MPG’s well-tested mobilizer approach to get first-time voters to register and vote in the European elections in their country of residence or citizenship.

Because every single vote mattered.

The Democracy Fellows received extensive training on campaigning, presentation and materials, focus groups, social media, webinars, the European Parliament’s online voting platform, voter aid applications and other election tools as well as key available data/partners in their country. A step-by-step Plan of Action was prepared and agreed by the team on how they will work together online on a daily basis. After an extensive review, Fellows offered face-to-face and online trainings with local communities across Europe. They also sat in on a Brussels-based focus group with one of the key target groups.

The Humanity in Action Democracy Fellows

Evaluation of the VoteEuropa Campaign

The VoteEuropa project was co-funded by the European Parliament and implemented by the Migration Policy Group in cooperation with Humanity in Action.

The project reflected only the views of the Migration Policy Group and Humanity in Action; the European Parliament was not responsible for any use that may be made of the information it contains. 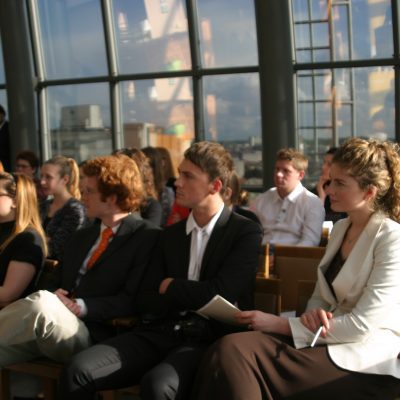 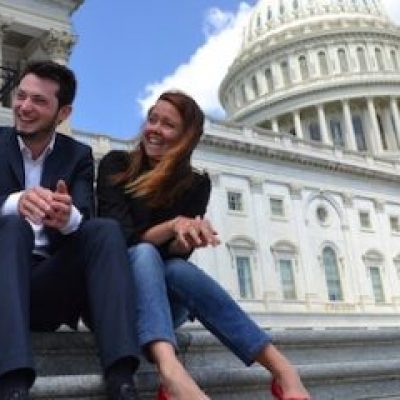