Largely homogenous in terms of ethnicity, religion and culture – this is how Polish society is often defined. Moreover, according to recent developments, “the Other” – who represents diversity in Polish society – is becoming increasingly cast as a national enemy. For example, according to the recent census, there are currently eight thousand Jews living in Poland, yet 90% of Poles have never met anyone from this group. Although the Jewish minority does not pose any threat to either the national security or dominant culture, the number of anti-Semitic incidents is steadily growing: starting from hate speech – which instead of being deplored, is gaining more legitimization through political demonstrations involving the burning of Jewish effigies – and ending with hate crimes.

These events and the current public discourse show an alarming change in societal attitudes towards this minority group and as history shows, this can have severe consequences. That is why our project, (In)visible Diversity: Encounter, Empower & Exchange aims to empower activists and educators to counter this wave of xenophobia and anti-Semitism through constructive action across political lines.

The main idea behind the project is to bring Poles closer – through various tools and methods – to the Jewish culture and multicultural history of Poland. The project’s main focus is on Poland’s youth, as due to the lack of direct contact with the Polish Jewish minority, they are prone to being uncritical of the permeating discourse of hate and fear in the country. The aim of this project is to reverse this negative trend and to show that cultural diversity should be perceived not only as an inspiration, but also as something of benefit for all.

The project is realized in cooperation with activists from the Foundation Humanity in Action Poland network and is comprised of several nationwide initiatives:

Ex)change seminar for educators, activists and experts. The leading question was: How can young Polish activists counteract xenophobia and anti-Semitism across political lines? The seminar took place on the 18-20th of November 2016 in Warsaw.

Location-based games, which will take place in six Polish cities: Katowice, Cracow, Poznań, Warsaw, Wrocław and Zielona Góra. There will be approximately 120 to 180 pupils, as well as a few teachers participating in the games.

Biographical documentaries about the so-called “super women” of Jewish origin, who have interesting and original life stories. The films were presented at the screening in the city of Zielona Góra, followed by a debate and anti-discrimination workshop, and are also available online.

An interactive book about Jewish culture, which will present Jewish history, traditions and culture in an intriguing way. The book’s promotion will be accompanied by anti-discrimination workshops for youth in three Polish cities: Bielsko-Biała, Zielona Góra and Poznań.

The Human e-Library available on the website, “Tell about yourself” – a digital version of the Human Library. The goal of the Human e-Library is to present stories of people exposed to exclusion and discrimination. There will be four stories featured on both women and men of Jewish origin that will show what it means to be ‘a Jew’ on a daily basis. The movie’s promotion will be accompanied by anti-discrimination workshops for youth. 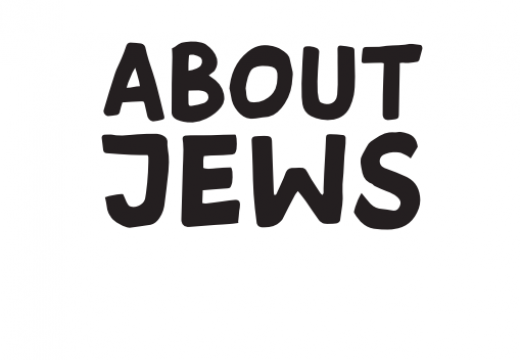 About Jews: An Interactive Book Against Anti-Semitism

We want to thank our supporters and partners who've worked with us to make these project possible: