Inspired by the collective actions of Youth Peace Ambassadors Network, Maciej Rotowski of the 2019 Warsaw Fellowship, organized a 5 day-long training on artivism in Spain. Together with YPAN he brought together artists and activists and equipped them with necessary tools to advance peace and human rights.

For Maciej Rotowski the idea to do something at the intersection of art and activism first emerged during the Humanity in Action Warsaw Fellowship in the summer of 2019. He had just graduated from Lodz Film School in Directing and the Humanity in Action seminars on various human rights issues further motivated him to pursue the artivist direction as one way of intervention.

That same year, shortly before the pandemic forced the world into a standstill, Maciej traveled to Spain for the Erasmus+ program on Conflict Mapping led by a group of educators and peace activists from YPAN (Youth Peace Ambassadors Network). Drawn to the idea of a proactive approach to the resolution and prevention techniques of conflicts within the Human Rights doctrine, Maciej instantly connected with the group. He organized a webinar on creative resistance based on the work of Krzysztof Wodiczko, a Polish artist known for his large-scale video projections on monuments, Creative Destruction and other actions.

Bringing that creative spirit back to Poland, he conceptualized smaller actions responding to the growing sense of polarization and conflict within Polish society. Alongside a group of young Polish activists, he built a silver cubicle inspired by Tools for Action – an informal art collective working on the intersection of art and activism – and brought it to demonstrations on Poland Independence day on November 11, asking people to write down on sticky notes what their associations of that day were. During the outbreak of COVID-19 they sewed masks for monuments and put up stickers all around Warsaw. The group designed some more spectacular actions, but the pandemic curbed their activity.

Inspired by the success of collective actions, Maciej thought of organizing a training on artivism with Agata Stajer, Jose Sevilliano and Jeorge Sanchez from YPAN under the HIA Poland patronage. Their goal was to bring together artists and activists and equip them with tools necessary to advance peace and human rights. They managed to secure funding from the European Union, but because of the pandemic they had to postpone the in-person workshops for another year.

The training could finally take place in September of 2021 over a course of 5 days in Spain. They chose a diverse group of 23 young participants with an interest in art and activism, who would map human rights violations across Europe and think of creative ways of tackling them.

The objective was to create an online gallery with examples of the artivist pieces which would be built upon after the end of the project ensuring its sustainability.

They also designed and implemented local artivist transformative actions organized in cooperation with the local authorities and communities. In Cercedilla, where the training was held, the group carried out some action on a smaller scale such as changing the signs in public toilets to gender neutral, promoting Nonviolent Communication to local residents, or screen printing t-shirts with questions “What makes you feel local?” during a concert at a local park.

The training was a great success and Maciej hopes to make it an annual event.

There are also plans to recreate the Warsaw group, supported by the new energy of the Polish participants who joined the workshops in Spain, including another Senior Fellow of the 2019 Warsaw program, Julia Konarska. Maciej now runs a screen printing workshop and has his own sewing studio in Warsaw, which makes for a great base for future artivist projects! 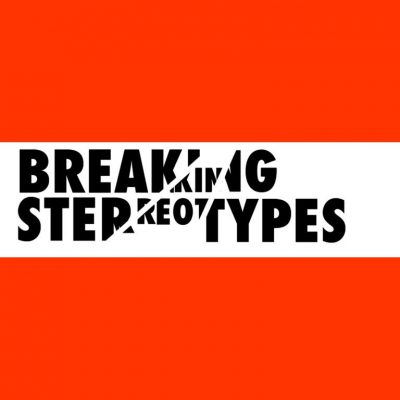 Magdalena Fuchs has long been fascinated by the Jewish culture and interreligious dialogue. It was only natural that her idea for the Action Project had to involve education and tolerance. As a lawyer and human rights activist, she knows best the value of teaching solidarity with minority groups and the real danger of hate speech.