By centering indigenous people in the telling of US history the tours highlighted the curatorial decisions used in creating exhibitions and how these decisions hide indigenous peoples, their histories, and the imperial story of the United States.

From Indigenous Peoples Day (Columbus Day, October 10th, 2016) until Inauguration Day (January 20th, 2017), Humanity in Action Senior Fellow Roo George-Warren gave truth-telling tours of the Smithsonian’s Presidential Portrait Gallery to more than 150 people. Each tour lasted from 45 minutes to 1.5 hours and presented audiences with a research-based indigenous retelling of US presidential history. By centering indigenous people in the telling of US history the tours highlighted the curatorial decisions used in creating exhibitions and how these decisions hide indigenous peoples, their histories, and the imperial story of the United States.

At the center of the tour were stories from Roo’s own community, Catawba Indian Nation, and their interactions with US Presidents Washington, Jackson, Nixon, and George Bush. Through this project, Roo wanted to demonstrate how their community has been treated as disposable throughout US history despite their frequent military support for the United States. In addition to these personal community tales, stories from other indigenous communities were told to highlight US policies of destruction, removal, assimilation, cultural genocide, termination, and survivance.

The tours received overwhelmingly positive feedback with tour attendees alternatively expressing gratitude for the tour, grief and anger at the history of the United States told through an indigenous voice, disappointment in their own education in US history, and useful criticisms. One tour attendee said,

I walked away with so much history I’d never heard and a sense of reclaiming the unspoken histories behind these celebrated old white men.

Others expressed that the tour should become a permanent part of the Smithsonian’s offerings,  The Smithsonian made it clear early in the project that Roo was allowed to conduct the tours but that the institution wouldn’t be able to help advertise, promote, or otherwise support the project. In response to this institutional limitation, it was decided that an audio tour would be necessary to continue this intervention past the period of a Humanity in Action grant to conduct these free and live tours.

The tours were a success as demonstrated by the feedback collected through the Feedback Form and the interest from native and non-native researchers and journalists. On December 15th, 2016 hyperallergic.com, one of the most popular online arts
magazines in the US, published an interview with Roo regarding Indigenous Corps of Discovery and the #NoDAPL fight in North Dakota. In addition, professors at Haskell Tribal College and Emmanuel College have expressed their intention to teach this project in their “Contemporary American Art” classes during the Spring 2017 semester.

In 2018, Roo expanded the Indigenous Corps of Discovery with The Don’t Go West Expedition exhibition and presentation at the Utah Museum of Fine Arts. 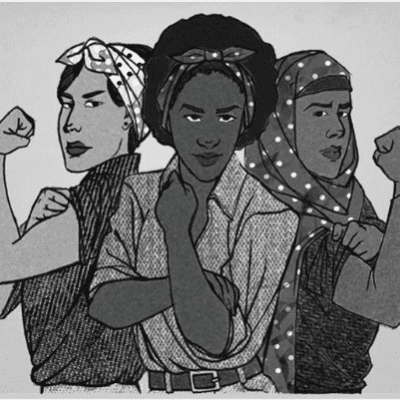 Every year, new Humanity in Action Fellows come together in five cities across Europe and the United States to study how and why people confront intolerance and protect democratic values.