This brief synopsis serves as an introduction to the publication: The Kerner Report: 50 Years Later as a part of the 2018 Humanity in Action Detroit Fellowship program.

In 2018, the Humanity in Action Fellowship in Detroit examined the 50th anniversary of the 1968 Kerner Commission and its blistering report about the origins of the “race riots” of the prior year. The Kerner Report identified abuses in policing, unequal education and discrimination in housing and employment, among other factors, as causes for the violence of 1967 in Detroit, Newark and other cities. The report represented a rare bipartisan critique of stark inequality and racism as defining features of American cities. The Kerner Report was an acknowledgement of the architecture of urban and social disaster upon which American cities were built. The Commission famously wrote that the United States was “moving toward two societies, one black, one white — separate and unequal.”

We gave the 22 Humanity in Action Fellows in Detroit the important task of investigating the course of progress –– and regression –– on the Kerner Commission Report 50 years after its release. Over four intensive weeks, they focused on four of the critical areas the Commission identified –– education, employment, housing and policing. The Fellows measured the inequities evident today in the classrooms and streets of Detroit. And they evaluated models of civic response, through activism, entrepreneurship, community engagement and public policy, in a city of enormous need.

The 22 Humanity in Action Fellows hailed from Detroit, the surrounding metro region, from other U.S. states and from Europe. The cohort was diverse in background, academic discipline, professional ambitions and life experiences. The Fellows met with a broad range of community leaders to understand better the complex dynamics of social progress in Detroit.

We divided the cohort of 22 Fellows into four groups dedicated to employment, education, housing and policing. Each of the four groups conducted substantial research, engaged in service learning with partner organizations and wrote a concise analysis evaluating
today’s inequalities on their assigned issue.

The chapters included in this report are based on community-based and data-driven research. The chapters are also informed by the Fellowship meetings with Detroit leaders as well as interviews with city residents, media and scholarly reviews and the Fellows’ own observations in Detroit.

The Fellows were aided greatly in their research by the resources and expertise of the University of Michigan. Humanity in Action collaborated with Dr. Elisabeth Gerber, one of the scholars behind the Detroit Metropolitan Area Communities Study (DMACS) –– a major ongoing opinion research project of the University of Michigan. DMACS is an innovative survey tool to support Detroit community development decisions with reliable data on the life outcomes and views of residents. Through DMACS, Detroit leaders and the Fellows alike have access to powerful new results about the opinions of Detroit residents concerning economic development issues as well as the issues outlined in the Kerner Commission
Report.

In building their reports, the Fellows looked to the future and anticipated how technological and economic advancements will transform the issues of education, employment, housing and policing.

Through a special workshop with Susannah Shattuck, a Humanity in Action Senior Fellow and member of IBM’s artificial intelligence unit, the Fellows considered how innovations like Artificial Intelligence, the Internet of Things and Bitcoin may both exacerbate social issues in Detroit and provide new resources for activists and community members.

On August 2, 2018, the Fellows presented their reports at a public event at the Charles H. Wright Museum of African American History. As part of the Wright Museum’s series “Millennial Conversations,” the event engaged the Fellows’ peers in a broader discussion about how young people can get involved and take charge on the injustices and inequalities their communities face. Humanity in Action has released the New Kerner Report online and in print widely –– to educate, connect and inspire others to action.

We are proud to share this work of the 22 Humanity in Action Fellows in Detroit. It is our hope, and the hope of the Fellows, that this report serves as the basis for dialogue and action to advance equitable social and economic progress in Detroit. 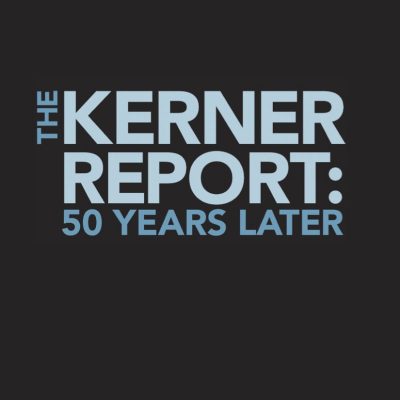 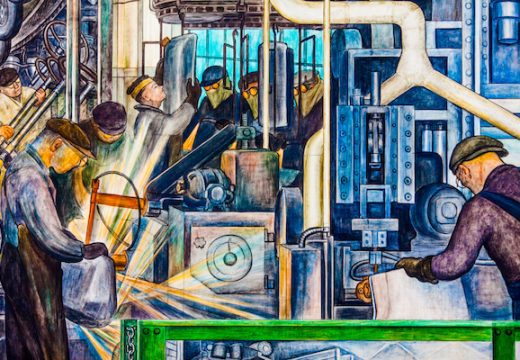