Landecker Fellow Nushin Yazdani recently published a short film with José Rojas entitled “How machines discriminate – facial recognition and the matrix of domination.” The piece delves into the intricacies of facial recognition technology and the tangible consequences artificial intelligence has on marginalized people..

The film opens with examples of how facial recognition software negatively impacts BIPOC (Black, Indigenous, and People of Color). The film references several studies that show how artificial intelligence reinforces racist structures. Jurisdictional risk assessment software, for instance, is often used in court in the US; investigative journalists have found that a widely used system falsely predicts Black people to be twice as likely to be repeat offenders as white people.

From there, the video explores gender recognition systems. In order to, for example, promote specific advertisement, these technologies determine a person’s gender based on their appearance, and classify into groups of women and men. Thus, next to employing a false gender binary, they are also stereotyping and extremely transmisic.

Finally, the film references Patricia Hill Collins’s work on the matrix of domination, applying the concept to facial recognition technology. It shows, in short, that in the capitalist white supremacist patriarchy also AI systems put people at the intersections of different forms of marginalisation, such as Black women, at a particular disadvantage, while for instance, white able-bodied cis men are given an undeserved advantage.

You can watch the full film here.

Nushin is one of thirty Alfred Landecker Democracy Fellows. This fellowship, a collaboration between the Alfred Landecker Foundation and Humanity in Action, was created to strengthen a new generation of leaders whose approaches to political and social challenges can become catalysts for democratic placemaking and community building. Read more about the fellowship here.

The gap between stateless people and statelessness research

Landecker Fellow Christiana Bukalo published an article  in the University of Melbourne Law school’s Critical Statelessness Studies Blog Series. In it, she describes closing the gap between Stateless People and Statelessness Research. 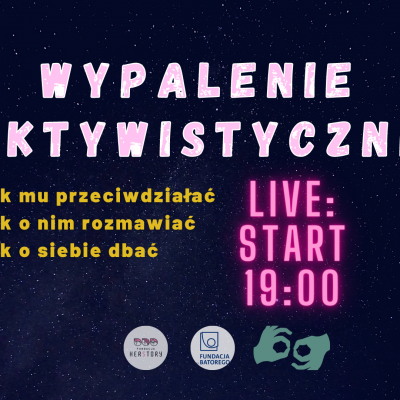 Landecker Fellow Lena Bielska was in webinar that aimed to counter activist burnout. Lena discussed mental and physical health, and the influence of politics on the well-beings of activists.