Not Just a Private Issue

In January 2021, a wave of accusations regarding gender-based violence exploded into public discourse Greece, paving the way for the start of the Greek #MeToo movement. Lefkothea Rizopoulou’s project, Not Just A Private Issue, takes up the mantel of the #MeToo movement through providing a series of workshops aimed at tackling these issues. These workshops raise awareness of women’s rights, combat the belief that gender-based violence is a private issue, and disassociate discussions of this subject from the all too prevalent shameful associations.

The lack of existing social services and educational efforts, particularly in the more rural (border) locations in Greece, make projects such as this vital. As well as the existing issues, the COVID-19 pandemic saw a steep increase in gender-based violence all over the world, with there being a 230% increase in calls to the emergency distress lines for violence against women in Greece. Not Just A Private Issue has been designed to take this broader social and political context into account, as well as including women’s experiences and personal stories. The workshops conducted involved experiential exercises, videos, songs, discussions, games, narratives, and honest, open sharing and communication between the 19 participants. The women were challenged, inspired, and politically activated in the hours they spent at the workshops.

Experts and professionals working in this area were invited to participate and facilitate the information sharing; the Women’s Counselling Centre shared their frontline experience and knowledge concerning the Greek legal system and psychologist Dr. Vasilios Kiosses facilitated a two hour workshop focussed on sharing and empathy.

The contribution of Olympia Gaitanidi was particularly powerful within these workshops. Olympia is a student and feminist activist, who shared the struggles of the females and students in Academia and students’ collective actions against incidents of gender-based violence within Universities. Not Just a Private Issue asks for and embraces knowledge springing from movements, and especially the frontline experiences of the people involved and Olympia’s contribution exemplifies that. Following the project, Lefkothea’s group organised a series of short film and documentary screenings dedicated to the Greek feminist movement on International Women’s Day, leading to a fully booked event! The group convenes twice a month, and continues to facilitate conversations around Greek women’s history, feminism and personal experiences.

Not Just a Private Issue is conducting a new research project focusing on oral histories which records stories and experiences of females who lived  the years of Metapolitefsi (1974- present, regime change from the fall of the Greek military dictatorship) in Argos Orestiko. More importantly, this is the first pilot study in the region conducted by the members of the first local feminist initiative. All in all, oral history has the capacity to write history from the “bottom-up”, whilst simultaneously being an empowering tool in recognising chronically persecuted bodies and marginalized peoples’ voices… After all, that was what Not Just a Private Issue envisioned from its very origin. 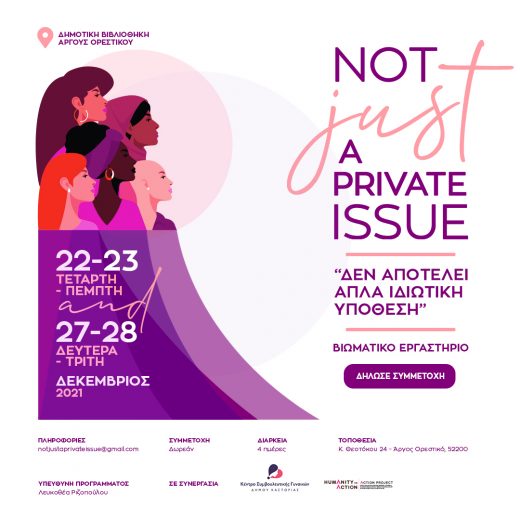 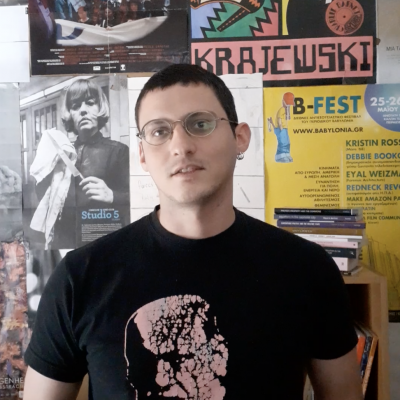 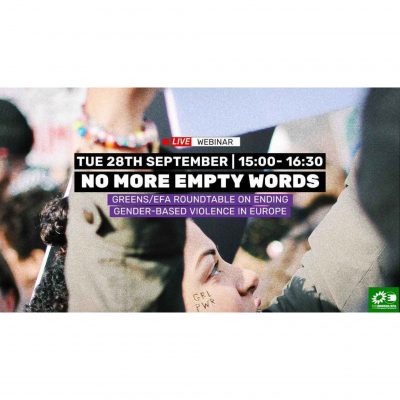 Magda Szarota, a board member of Humanity In Action Polska, joined the feminist round table on how to make the EU directive on gender-based violence intersectional, comprehensive & effective. 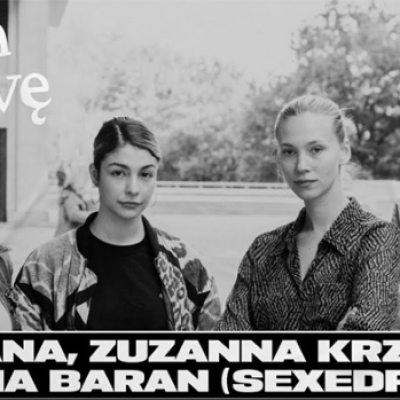 We highly recommend an interview about violence against women, sexual harassment and everyday sexism on newonce.radio with Zuzanna Krzątała.