The April Institute: Unearthing Histories of Fascism and Antifascist Resistance

The recent surge in nativism, authoritarianism, and right-wing populism around the world has unleashed a roiling debate among historians and the general public over whether  fascism is a legitimate or illegitimate threat in the United States and what a uniquely American fascism might look like.

Others have questioned whether “fascism” is even a historically accurate or politically useful framework for analysis in the U.S. context, suspicious of analogies that spill readily over into hyperbole. The April Institute is an antifascist research and education collective and non-profit based in New York dedicated to unearthing histories of fascism and antifascist resistance in the U.S. to cast light on this contentious, but no less complex, rich, and expansive historical archive.

As a Landecker Democracy Fellow, Anna will lead the first in a series of digital exhibitions to be launched in the Fall of 2023.

The hope is to show the public that resistance to fascism can take many forms.

Using the events that unfolded in Charlottesville, Virginia across the 2017 “Summer of Hate” as the starting point, this exhibition aims to celebrate stories of antifascist resistance while providing a broader historical perspective on the manifold efforts of organizers in the community to resist intimidation and violence by fascist and White nationalist forces and to criticize the inaction, complicity, and bystanderism of many prominent leaders and institutions across the city.

As such, the ultimate aim with these exhibitions is to show that this history exists and it is instructive, offering models, inspiration, and precedent for the present moment. In this case, the hope is to show the public that resistance to fascism can take many forms, though resistance is most successful when an informed public recognizes emerging fascist tendencies and disrupts fascist movements before they gain state power. 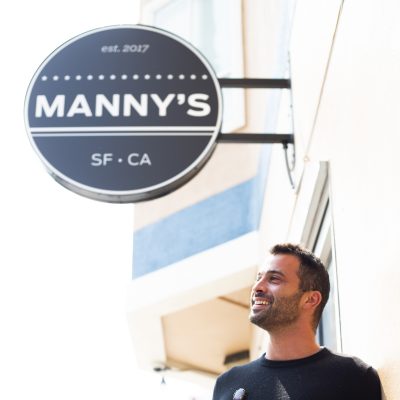 Landecker Democracy Fellow Manny's project will bring to life a series of pop-up events. The goal of the pop-up series is to showcase programming that is both fun to attend, informational, inspiring, and a first step into civic involvement.

Understanding Past & Present Migration in Greece 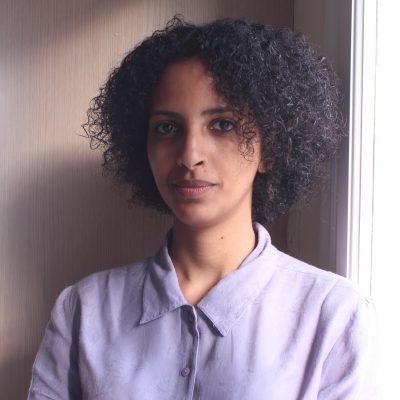 Sebene’s Landecker Democracy Fellowship project aims to promote social cohesion and tackle xenophobia in Greece by fostering a public discussion about the importance of migration in our society and by giving more positive visibility to migrant communities.