From #MeToo to #WithoutMe: How French Elites Led the Country to Turn Its Back on Women

Ndeye Diobaye on #MeToo in France

In France, two hashtags, which need to be critically compared, became the two banners of this whistleblowing movement on sexual violence on women.

As a few French actresses came out as victims of Weinstein’s sexual misconduct, the story was quickly picked up in the French media. The father of one of the actresses, former TV anchor Antoine de Caunes, declared in a radio show that he hoped that the movement of women denouncing Weinstein would encourage more anonymous victims to speak out.

As De Caunes hoped, it took a few days for social media to take control of the narrative and present itself as a platform for women, across the world, to share their experiences with sexual assault and harassment. In France, two hashtags, which need to be critically compared, became the two banners of this whistleblowing movement on sexual violence on women.

French internet users resorted to the use of #MeToo (in French #MoiAussi), a phrase used to empower and incite women to share their stories so as to help amplify the magnitude of the issue of sexual violence. In addition, a provocative hashtag, coined by French journalist based in New York, also added its own flair to the movement.

She went on to create #BalanceTonPorc (translated into “Out your pig”)

Mueller, a journalist based in New York, was inspired by the actresses who came out to report Harvey Weinstein and her own experience of sexual harassment with an influential head of a French news organization. She went on to create #BalanceTonPorc (translated into “Out your pig”), a hashtag intended to help women share the details of their experience of sexual harassment and violence, along with the name of their abuser.

Mueller’s campaign intentionally uses a provocative semantic to appeal to the audience.

There are two elements of discourse that should be noted to draw the comparison between both hashtags. Firstly, Mueller’s campaign intentionally uses a provocative semantic to appeal to the audience, in a way—one could argue—actually reduces the impact of the story itself. Secondly, her campaign also actively incites the victims to publicly denounce their abusers. Many argued that by the difference in tone, #Balancetonporc was was not created with the same intent as #MeToo.

When asked about the latter, Mueller denied all allegations that her intent was to launch a name and shame campaign. Rather, she turned the focus to the judicial system in France and how difficult it was for women to come out as victims of sexual violence to the law enforcement.

A study by France’s National Institute of Demographic Studies reported that 600,000 women and 200,000 men were victims of forms of sexual violence each year.

This debate had already been addressed in France in 2016 when the French National Assembly’s Vice-President was accused by several women of sexual harassment and misconduct. The case was eventually dismissed as the facts were no longer admissible due to the date at which they had occurred. The same year as the case erupted, a study by France’s National Institute of Demographic Studies reported that 600,000 women and 200,000 men were victims of forms of sexual violence each year. The Minister of Justice records show, however, that only 5,000- 7,000 convictions for sexual violence are issued every year. The gap between these two set of figures is explained mainly by the lack of victims who dare to speak out and the lack of cases that have the potential to lead to convictions.

In light of these sets of figures, #Balancetonporc presented itself as an alternative enabling victims to have a voice without fearing either the burden of their confession or the consequences of it. The hashtag became viral with over 150,000 mentions on Twitter in three days and the speed at which it spread became alarming to many who failed to dissociate it with the original #MeToo.

To some, the hashtag was similar to a man-hunt designed to denounce and expose people whose guilt had yet to be proven. Several media personalities compared the so-called manhunt to the way Jews were hunted by the Nazi Regime with the help of French informants. Others feared that the man-hunt would threaten the libertinism of the French way of life.

The most compelling example of this opinion is the tribune signed by a hundred women in the French newspaper Le Monde, who are notoriously rich, white, and part of the Baby Boomer generation. In their letter, these women, including Catherine Deneuve, took a stand to come to the defense of men and their « freedom to annoy women» in the name of sexual freedom.

One of them went as far as claiming on public radio that she “wished she had been raped just to confirm that one can pull through from the experience.”

In their arguments, the signatories of the letter present the #MeToo movement as a ‘puritanist’ campaign, inspired by the American way of life, that did not befit French tradition and the French approach to sexual relations. While this could have been a discussion, they attempted to strengthen their position by using provocation. One of them, Catherine Millet, a renowned art critic, went as far as claiming on public radio that she “wished she had been raped just to confirm that one can pull through from the experience.” In doing so, she dismissed the realities of women who have been exposed and consider themselves victims of sexual violence.

Whereas some attempted to respond to Le Monde’s publication, their counterarguments did not resonate enough to stir away from the “puritanism vs. libertinism” debate it created. By using provocation and benefiting from their notoriety and privilege, Deneuve, Millet and others condemned the #MeToo movement to lose some of its credibility in France. Their publication was intendedly divisive and aimed at putting an end to platform that they thought, misunderstood the French way of life.

As notoriety trumps legitimacy, the #MeToo movement in France failed to benefit from the right spokespersons and met the wrong detractors.

One can note that the French appraisal of the movement took the opposite turn of the one in the United States where Hollywood actresses, predominantly white and successful, used their privilege to create an inclusive platform to speak up against sexual violence. In France, a platform which was meant to allow for more anonymous victims to come out, was poorly marketed and thus, became the target of strong criticism by some of the most influential and privileged women of the country. As notoriety trumps legitimacy, the #MeToo movement in France failed to benefit from the right spokespersons and met the wrong detractors. The turn of events makes it unlikely that the movement will have any success in helping remove sexual predators from positions of power or ensuring any impactful and positive shift for victims of sexual violence.

#MeWho? #NotUs …But Wait a Minute!

#MeToo: Germany doesn’t need it. But does it? 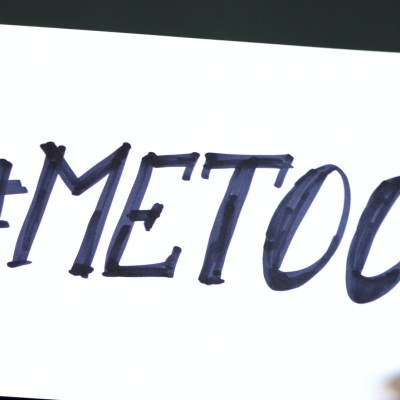