90% of Poles have never met a Jew. According to the National Census, approximately 8,000 Jews live in Poland. Nevertheless, Jews arouse great emotions, and topics related to Jewish culture and tradition ignite the imagination in Poland. Unfortunately, myths, stereotypes, prejudices and conspiracy theories often win over facts. Recently in Poland, the number of anti-Semitic events has risen, and the so-called “Other,” representing diversity and diversity, has become the number one enemy, in a largely ethnically, racially, religiously and culturally homogenous Polish society. Why is this happening? In our opinion, one of the reasons is that … 90% of Poles have never met a Jew.

About Jews has already reached over 13,000 teenagers and teenagers and over 100 schools and libraries as well as was the subject of our presentations and webinars, which were enthusiastically received. The publication was created and published as part of the project entitled (In)visible Diversity: Encounter, Empower and Exchange” / “Exchange for Change in partnership with the Jewish Association Cukunft, MamyGłos, Words into Action to Address Anti-Semitism, and the OSCE. 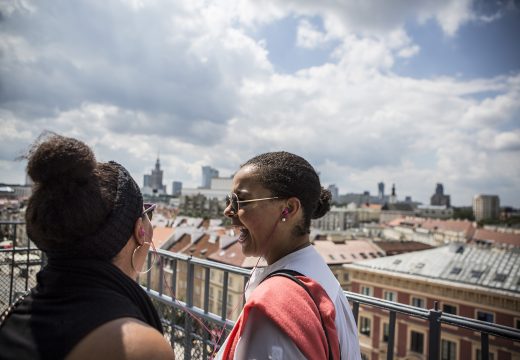 See our other projects