We were delighted to welcome our international cohort of participants coming from Bosnia and Herzegovina, Montenegro and North Macedonia, with whom we spent 3 days exploring topics related to democracy (political process and administration), linking legislation of practice (impact of legislation on the social system, business environment, etc.), local politics (vertical division of power and competencies) etc.

After the welcome and introduction from our partners from Czech Republic, Poland, Montenegro, Slovakia, Hungary and North Macedonia, we dived into the introductory topic of different political regimes with a focus on democracy with Alexandra Tóthová from Strategic Analysis SK. Ms Tóthová engaged participants into a conversation on what makes the pillars of any democratic society today.

The program continued with our next guest speaker, professor Damir Kapidžić, PhD, from the Faculty of Political Sciences of University of Sarajevo. Within the topic of democratic challenges in multi-ethnic societies, professor Kapidžić emphasized that it is necessary to talk about identity, diversity and ethnicity first. Participants learned about representative democracy in multi- Continuing with The New Democratic Wo/Men of WB program, we were joined by Dina Arnaut from the Euro-Atlantic Council of Macedonia. Her session was focused on the political polarization viewed as threat to democracy in a context of Western Balkans countries. Participants had the opportunity to learn about the factors that affect political polarization, types of polarization, how can a society actually benefit from the The second day of The New Democratic Wo/Men of WB program began with Veronika Kusyova, Humanity in Action BiH coordinator, on the topic of gender-based politics. First part of the session was dedicated to learning about the history of feminist movements and advocacy for women’s rights, gender and gender stereotypes before moving on with practical exercises. Participants were divided into groups representing government, civil society, the media, religious organizations, business sector and discussed how they would improve birth laws and rights in an imaginary country.

Program continued with Todor Lakić, the Faculty of Political Sciences of University of Montenegro, on the topic of vertical and horizontal division of powers in democratic societies. Participants had the opportunity to learn about the legislative, executive and judicial branches of government and the fourth branch of power, as it sometimes referred as – the media through comparative politics of different political systems and countries.

We continued the program with Szczepan Czarneski from the Instytut Europy Środkowej (Institute of Central Europe). Mr Czarnecki talked to our participants about what lobbying is, the differences between lobbying and advocacy, who can lobby and for whom and what lobbying strategies can be used. Participants also learned about the lobbying differences in USA and in EU and the EU lobbying regulations.

Final session of Day 2 of The New Democratic Wo/Men of WB program continued on the topic of lobbying with Réka Salamon, AEGEE-Budapest. Ms Salamon introduced a case study on international cooperation in lobbying as a group / a state / a bloc of countries influencing international policies that benefit citizens in their everyday lives. An example of such cooperation is a great (lobbying) success story – the Bologna Process and Erasmus program. Participants learned about the key success factors that led to this success and also about some aspects which need to be criticized. The session was concluded with an exercise for participants to build their pitch – Your country should have full access to the Erasmus program. decentralization. Session was concluded with an exercise for participants to work on their imaginary countries in groups and decentralization of different administrative bodies within their countries.

After the lecture, we’ve successfully wrapped up the 1st Online Workshop of The New Democratic Wo/Men of WB program!

Before the 2nd Online Workshop, scheduled in May, participants from Bosnia and Herzegovina, Montenegro and North Macedonia will be working with assigned mentors within teams on their fictional countries. We are very excited to see the results!

The New Democratic Wo/Men of Western Balkans program is generously supported by:

The New Democratic Wo/Men of Western Balkans program is implemented in partnership with: 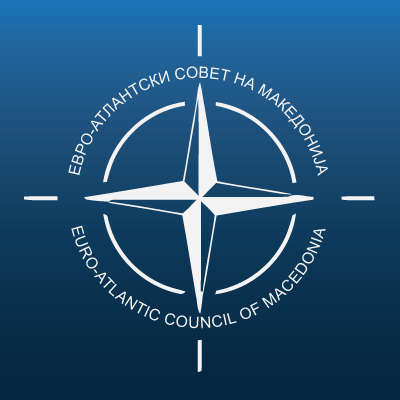 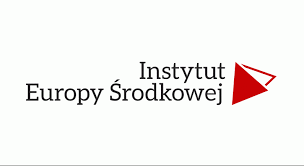 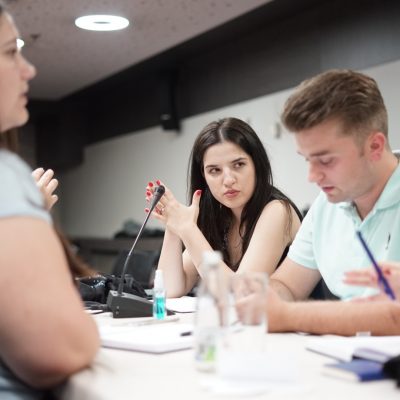 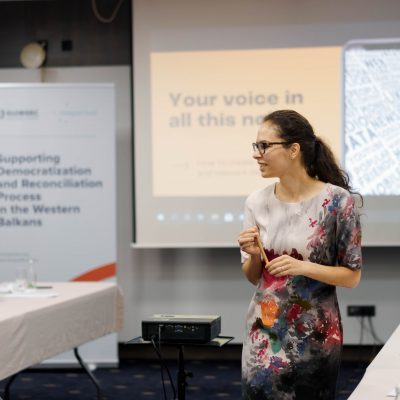 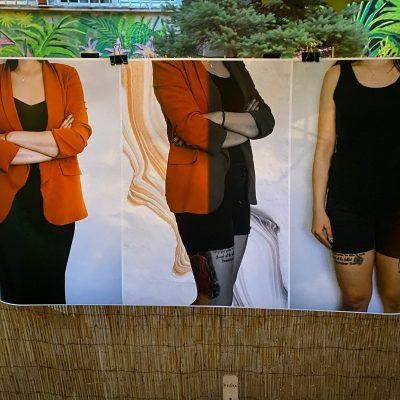 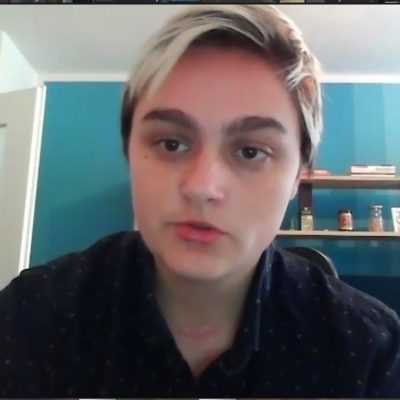 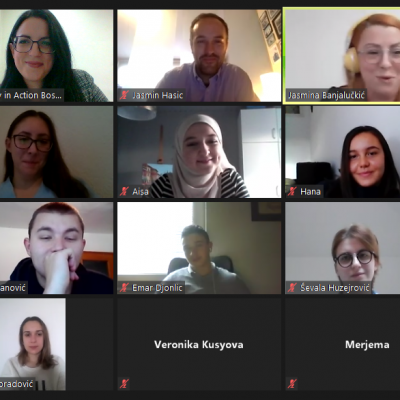 Due to health risks posed by the covid-19 pandemic, for the first time ever Humanity in Action BiH organized the EDVACAY first educational module in an online format. Our 15 participants spent two weekends together online listening, learning and discussing various topics covered by various experts and activists. 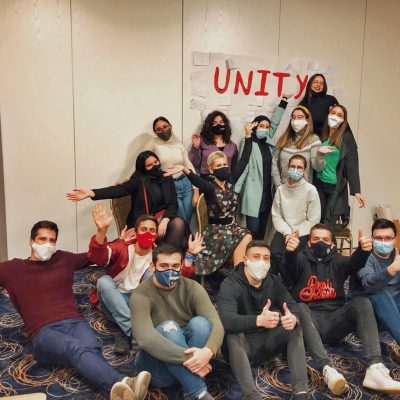